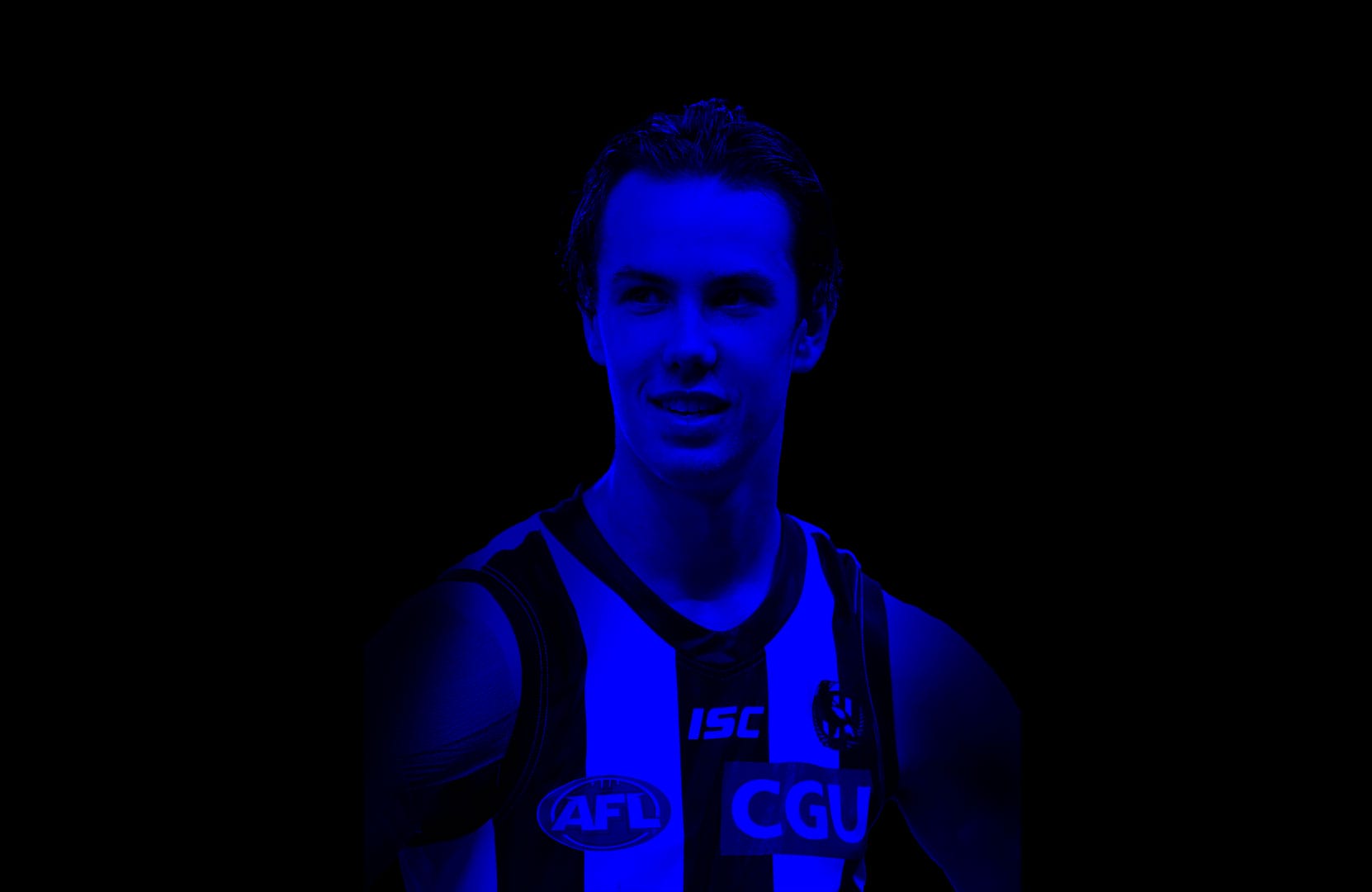 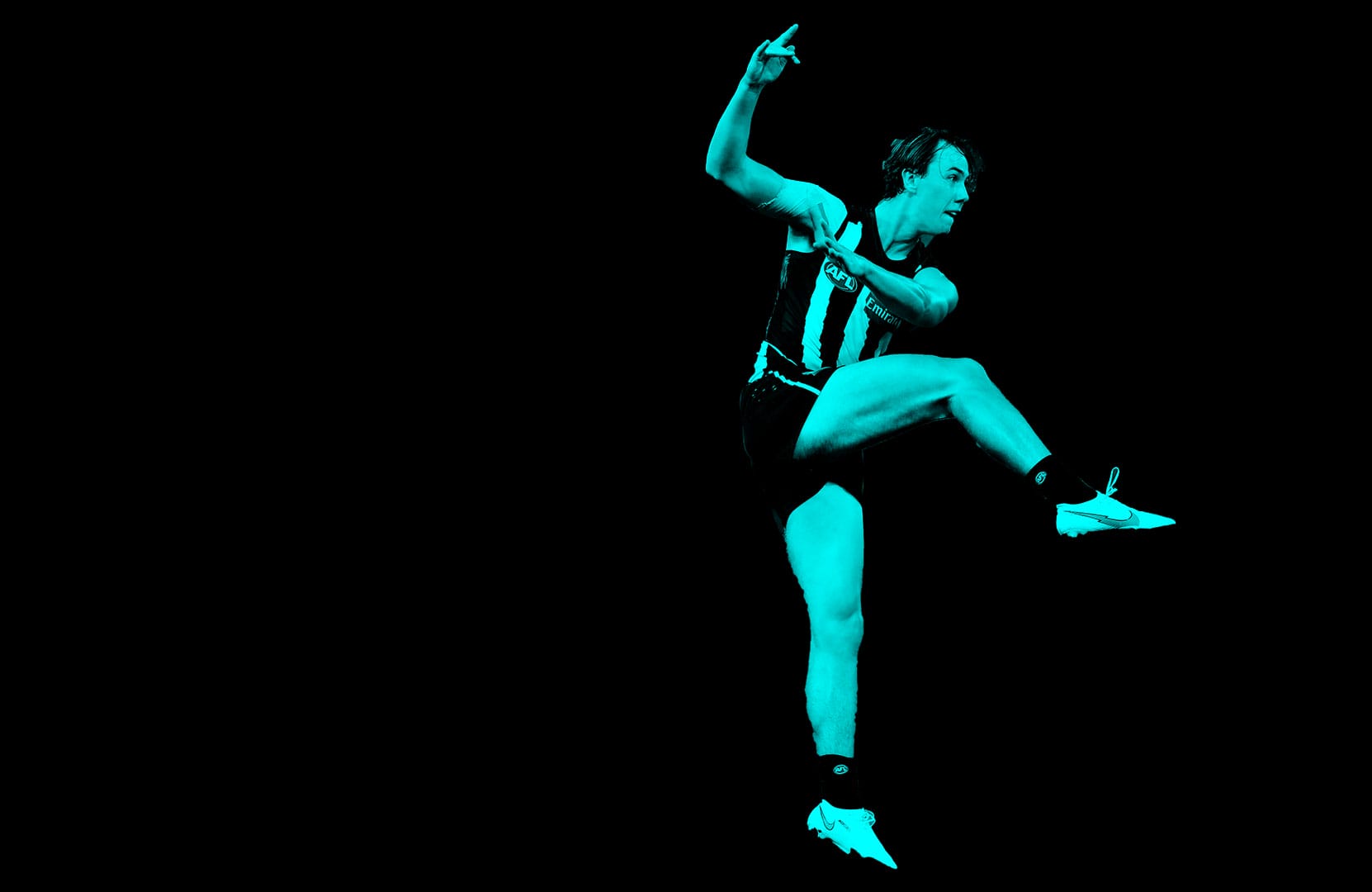 The second son of 1990 Premiership player Gavin, Tyler is living his childhood dream alongside his brother Callum at Collingwood. 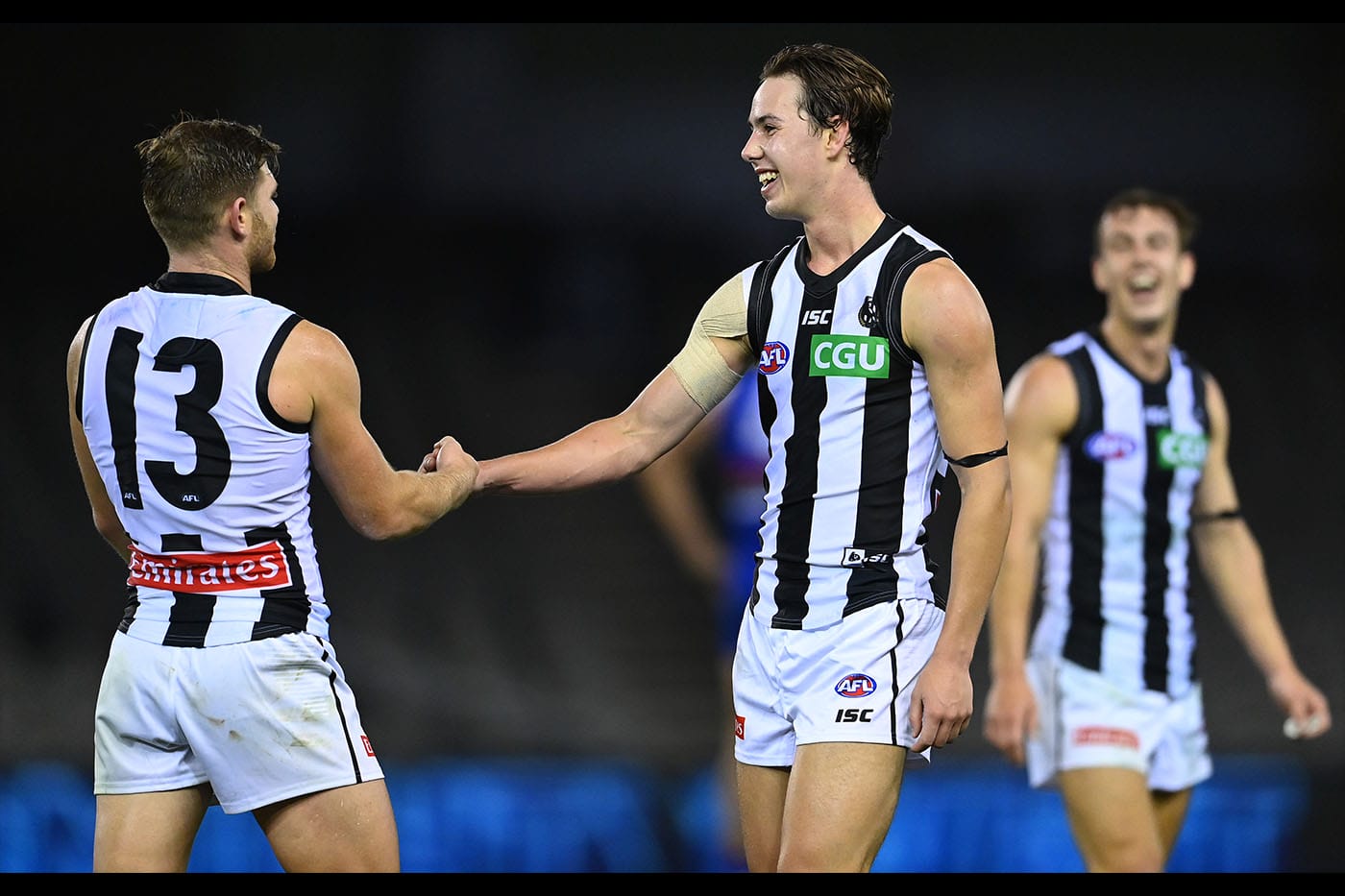 Like his older brother Callum, Tyler has been around football circles since an early age and competition was fierce in their suburban Melbourne household as he battled his older brother and younger sister Tarni for football supremacy.

He played his local footy with Templestowe and attended Marcellin College, playing in the school’s AGSV Premiership team in 2017 before following in his father and brother’s footsteps by joining Collingwood as a Father-Son selection at pick 50 in the NAB AFL Draft.

Tyler spent two seasons developing his game in the VFL, where his athleticism, ball use and clean hands clearly shone through.

He made his AFL debut in Round 1 of 2020, playing alongside his brother in a win over the Western Bulldogs. With the ability to kick effectively on both feet, Tyler also shows composure and good decision making with ball in hand.

Brown played nine AFL games in his first season and has established himself as one of the Magpies’ most promising youngsters, destined to take an ever-increasing role in the years to come.

And when his sister Tarni debuted for Collingwood in the 2021 AFLW season, Tyler and his siblings captured a very special piece of football history. 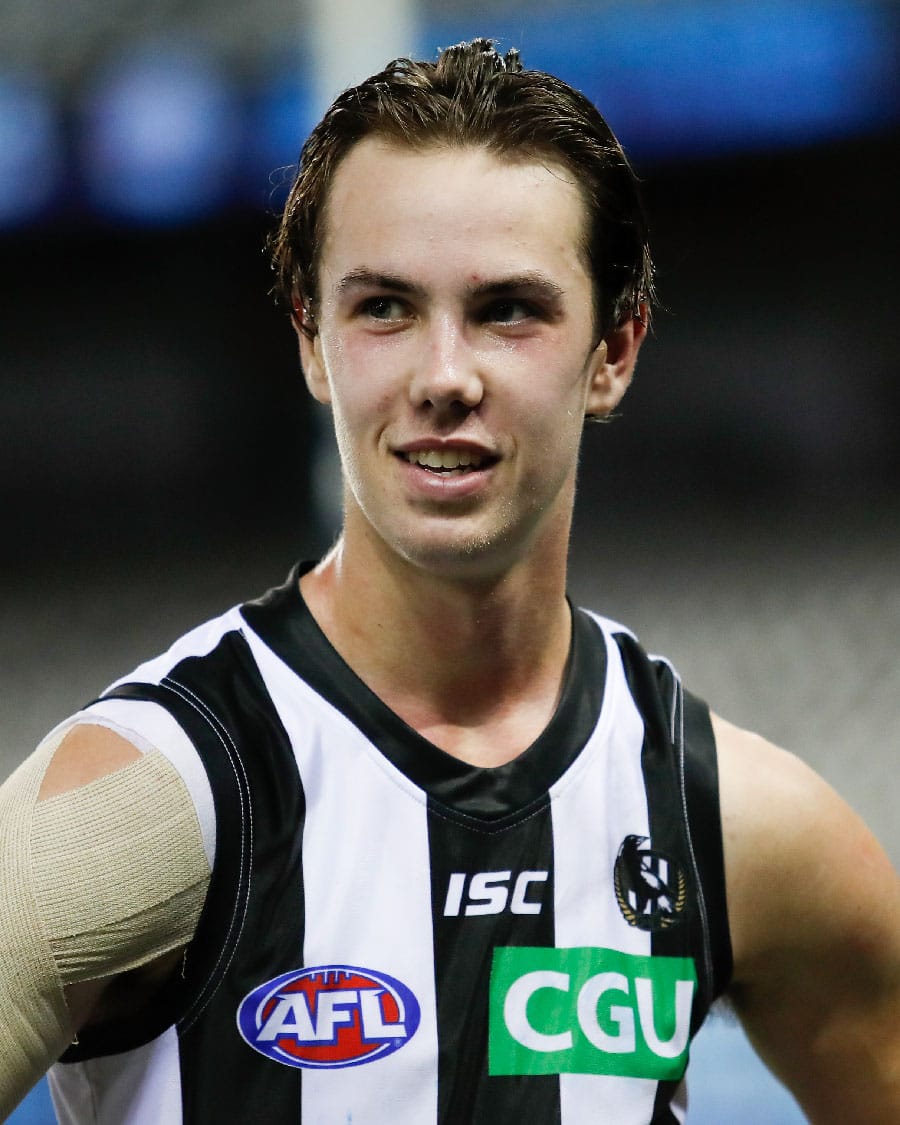 Off the field, Tyler enjoys relaxing with his friends, camping and going out in the boat with his dad Gavin for a fish. 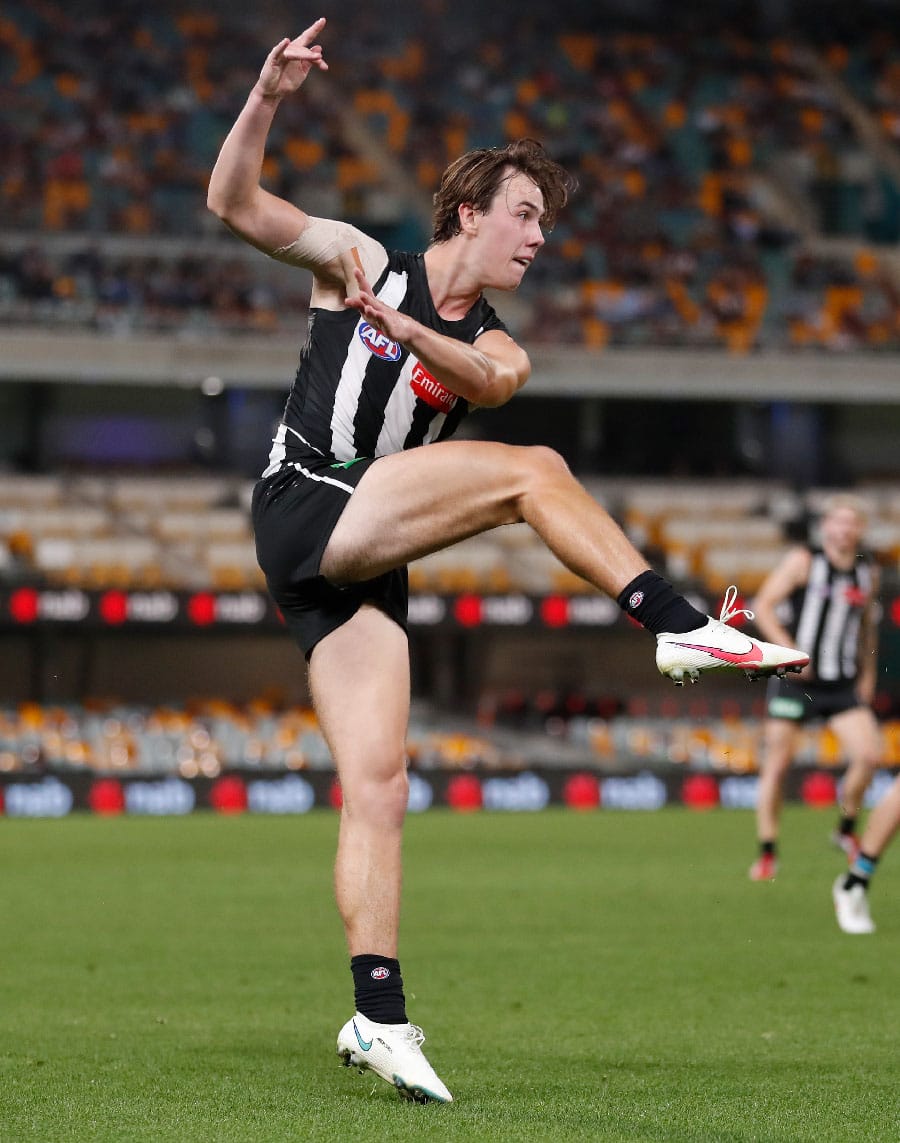 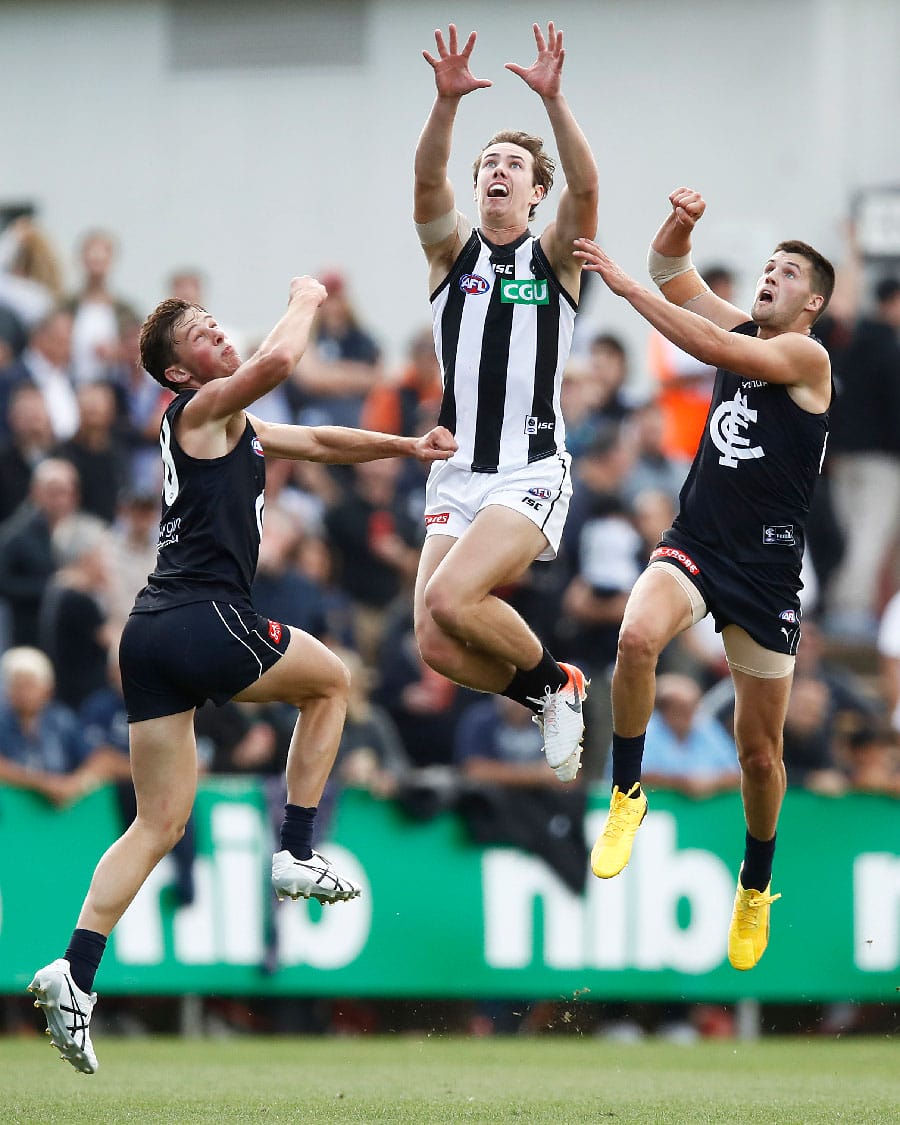 To request more information about Tyler Brown, please contact us

Contact TLA
Share Tyler's Profile
By continuing to use this site, you agree to receive cookies/similar technologies to measure visits, view videos and use social sharing buttons. Find out more and change your cookies settings.
ACCEPT