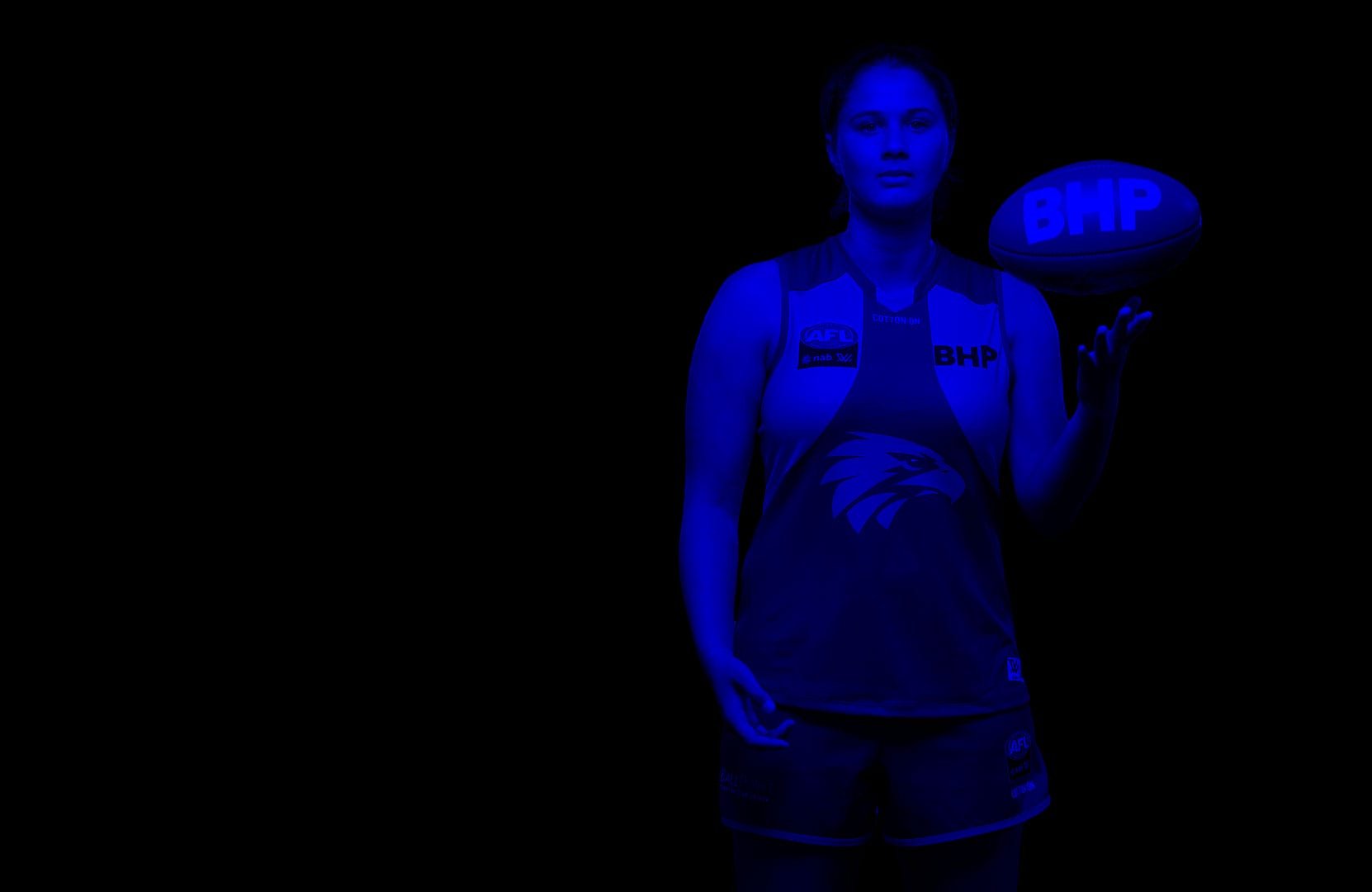 McKenzie Dowrick grew up playing football against the boys in Kambalda, Western Australia. She never thought she would get the opportunity to play at the elite level, until the AFLW was formed and she grabbed her chance. 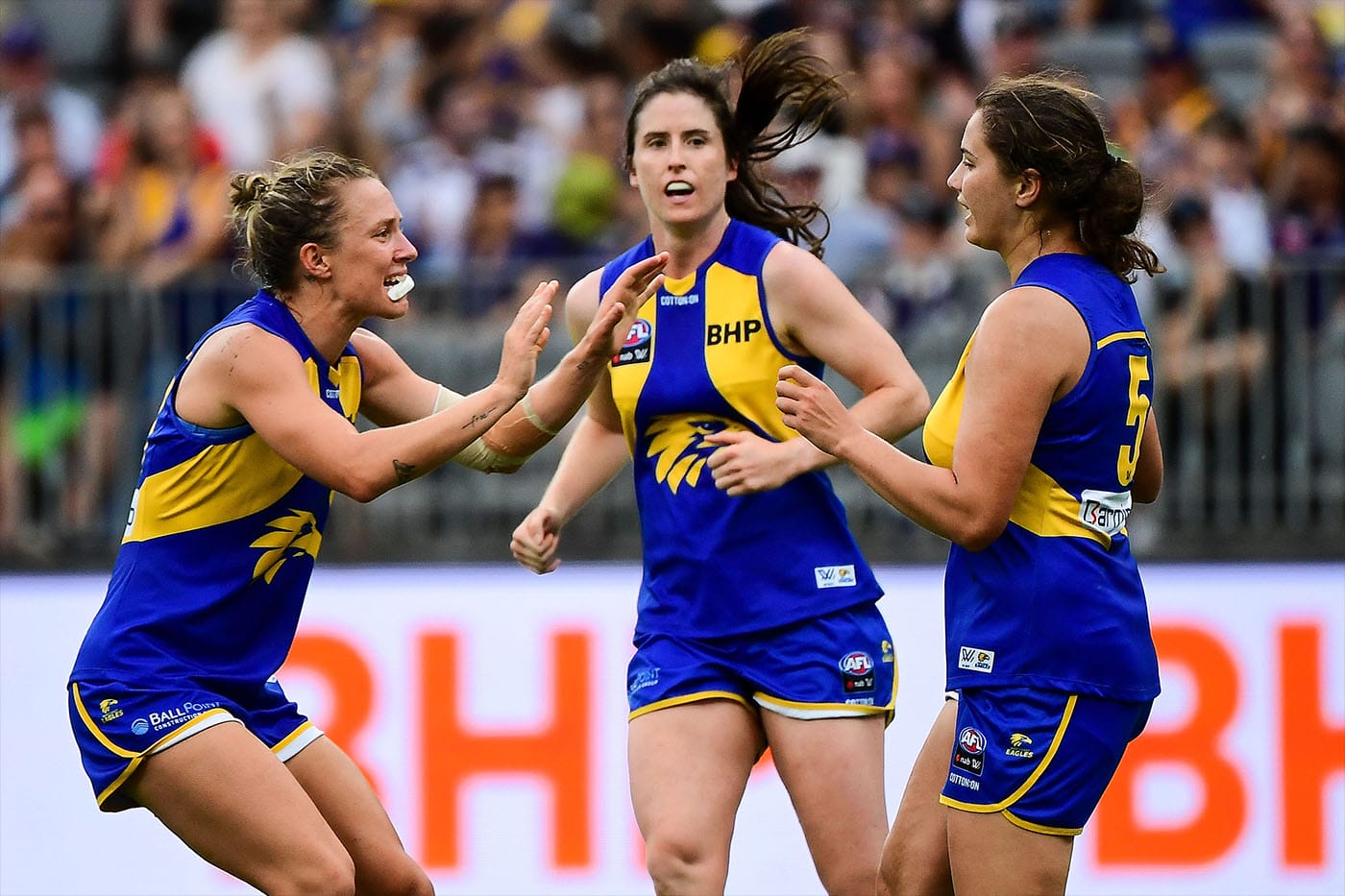 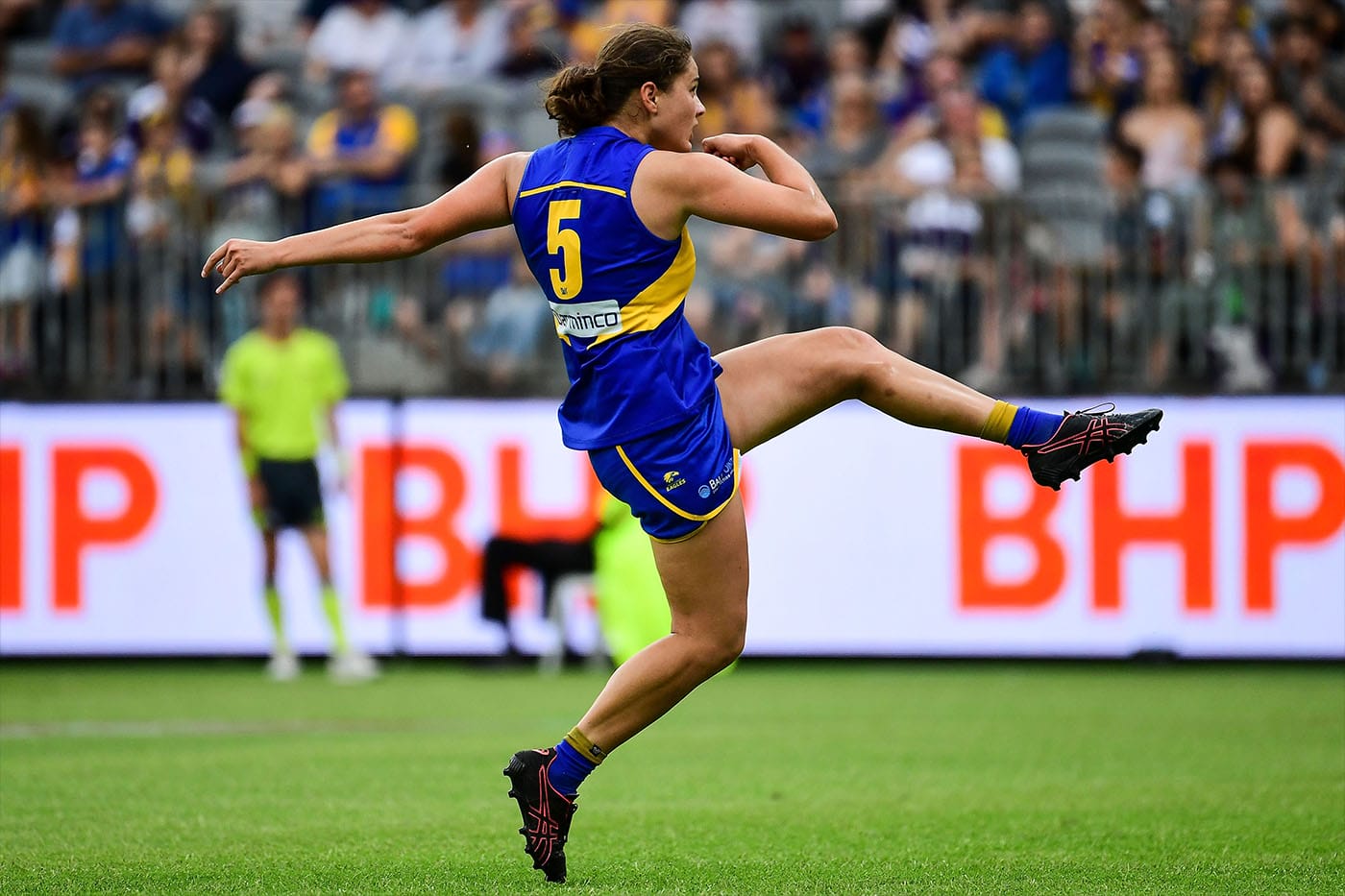 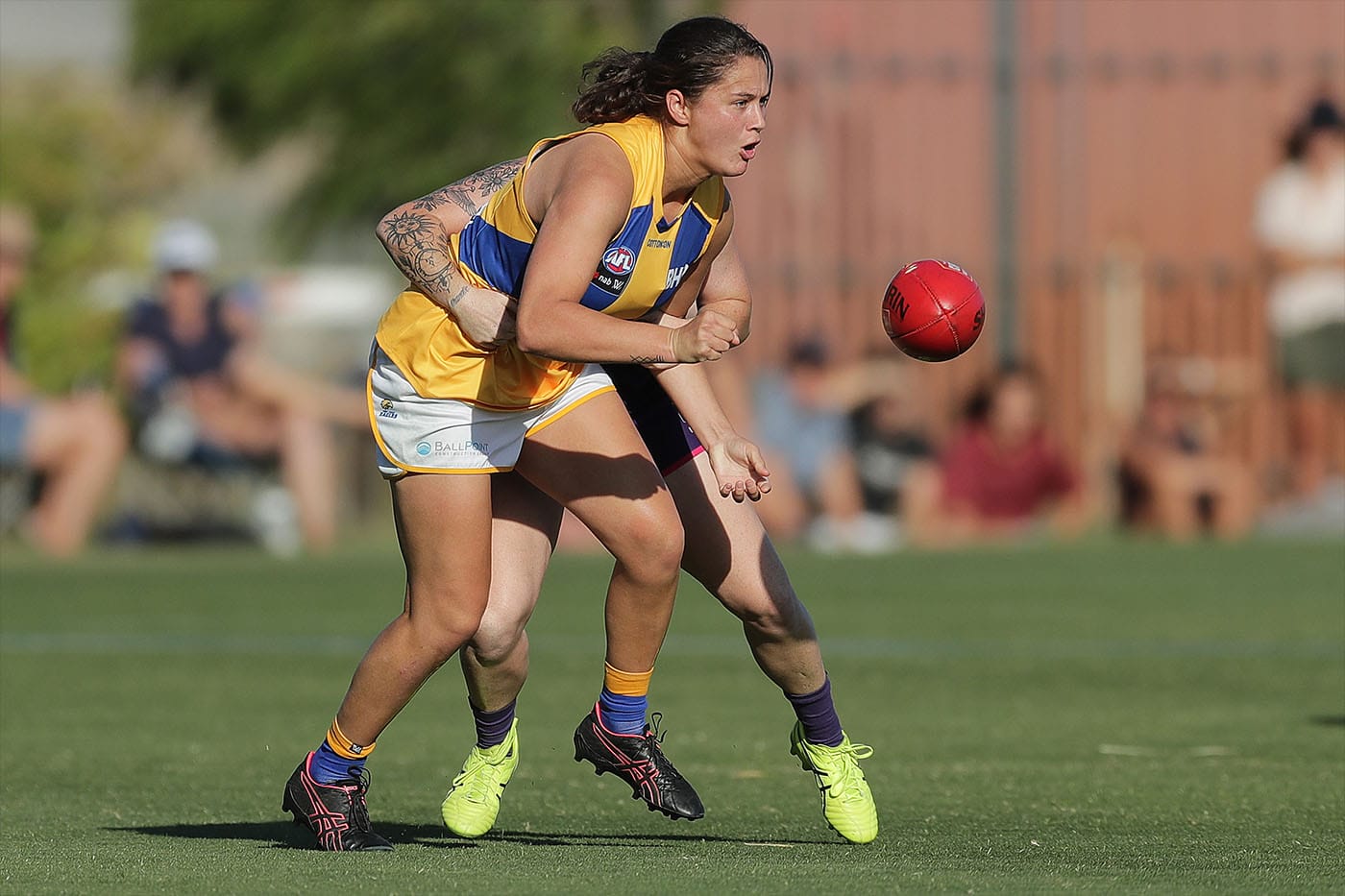 Dowrick was not your usual girly girl growing up. Raised in Kambalda, Dowrick loved her footy so much so that she played alongside the boys during her junior years. She initially played for local team the Eagles before making the switch across to Mines Rovers, where she became renowned for her superb foot skills and massive superboot. After moving to Perth to play for Subiaco in the WAFLW Competition, Dowrick was drafted by the Brisbane Lions with pick 33 in the 2018 AFLW Draft.

Dowrick made her debut for the Lions in Round 1 of the 2019 season against GWS and went on to play 7 games in her first year. After the West Coast Eagles were introduced into the AFLW Competition at the end of the 2019 season, Dowrick couldn’t refuse the lure of returning to her home state. She was traded to the Eagles where she played 5 games in her first season with the club. 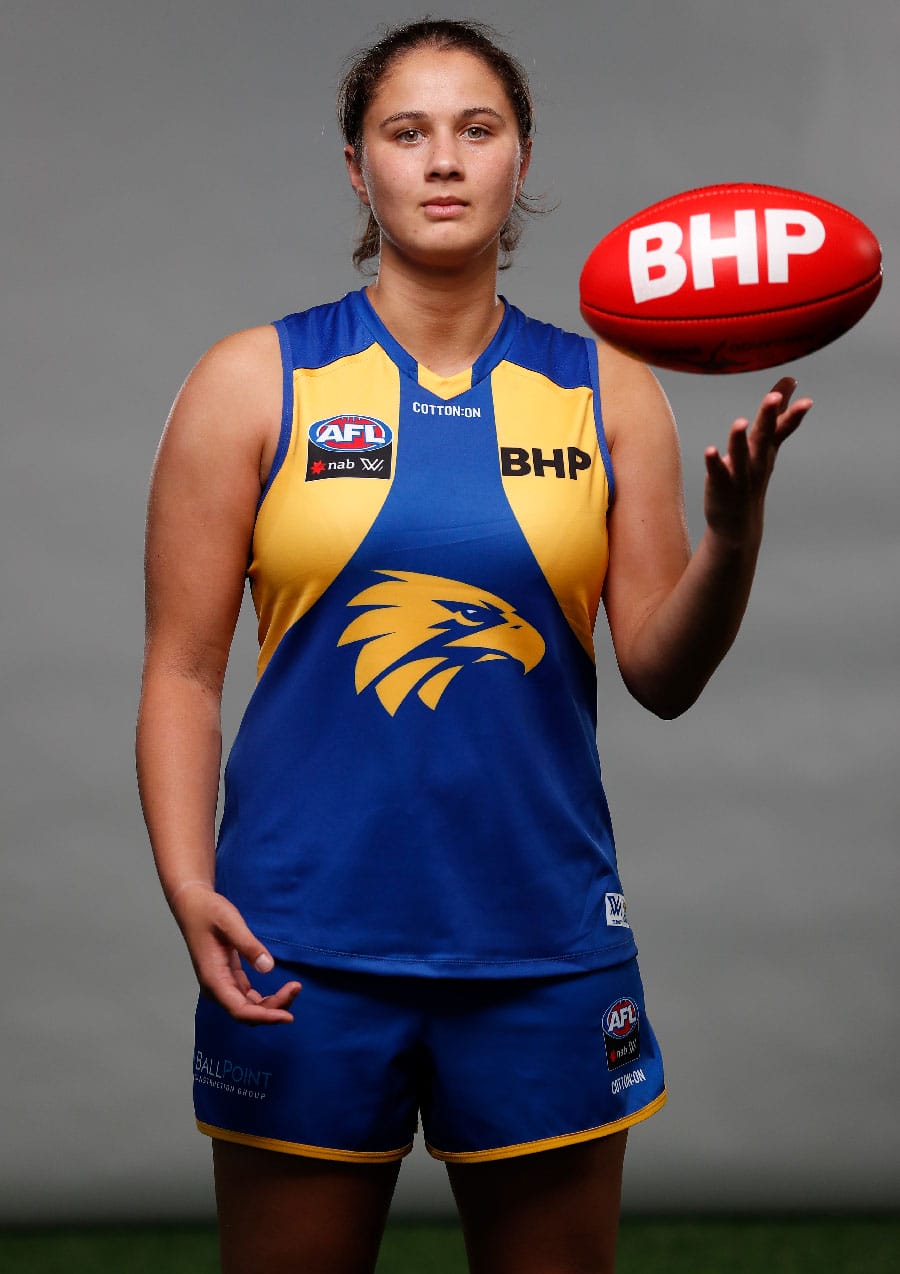 To request more information about McKenzie Dowrick, please contact us

Contact TLA
Share McKenzie's Profile
By continuing to use this site, you agree to receive cookies/similar technologies to measure visits, view videos and use social sharing buttons. Find out more and change your cookies settings.
ACCEPT