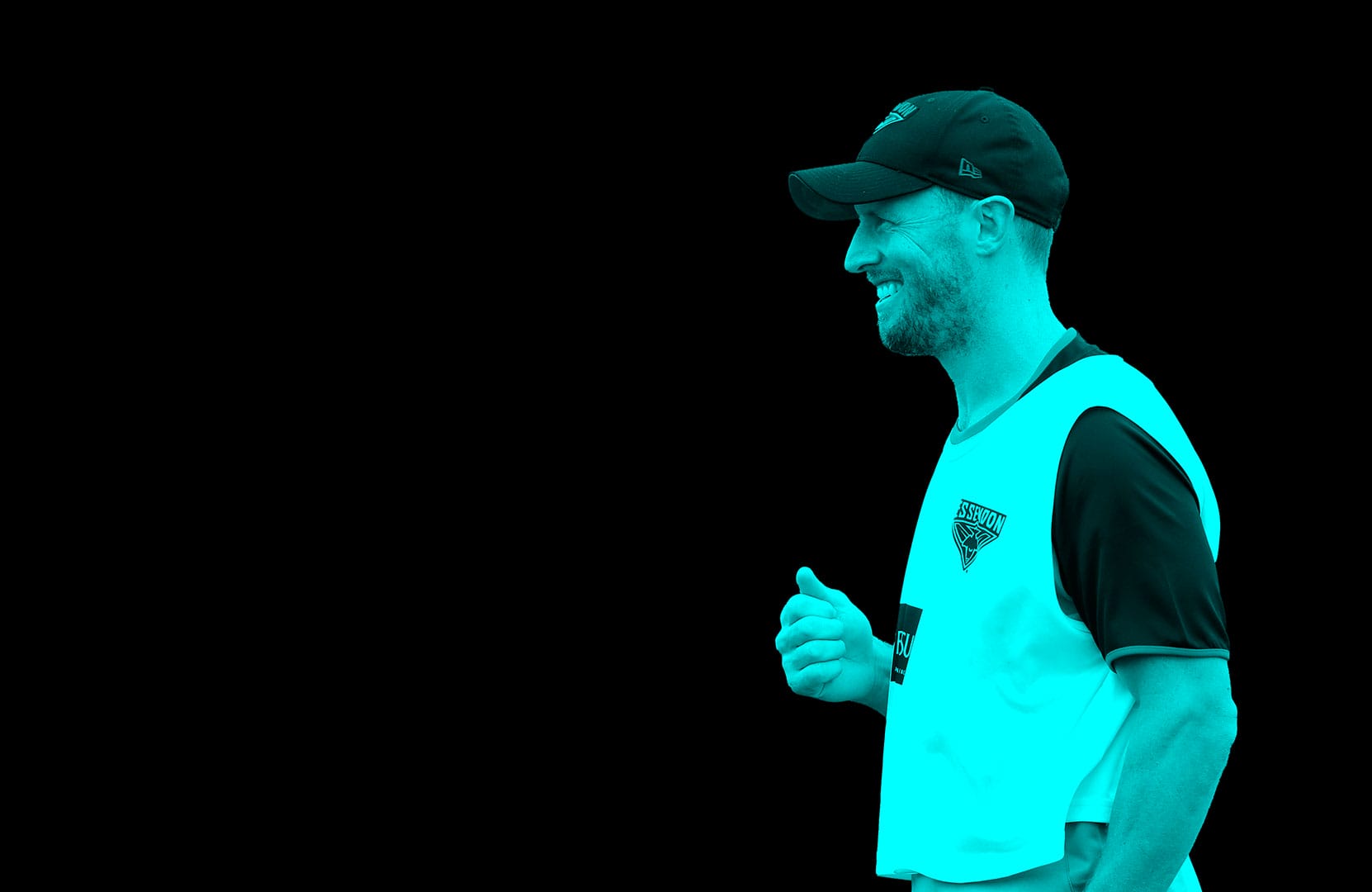 James Kelly played as a powerful midfielder for Geelong and then Essendon over 300 AFL games, before moving into a coaching role with the Bombers, now an Assistant Coach at the club. 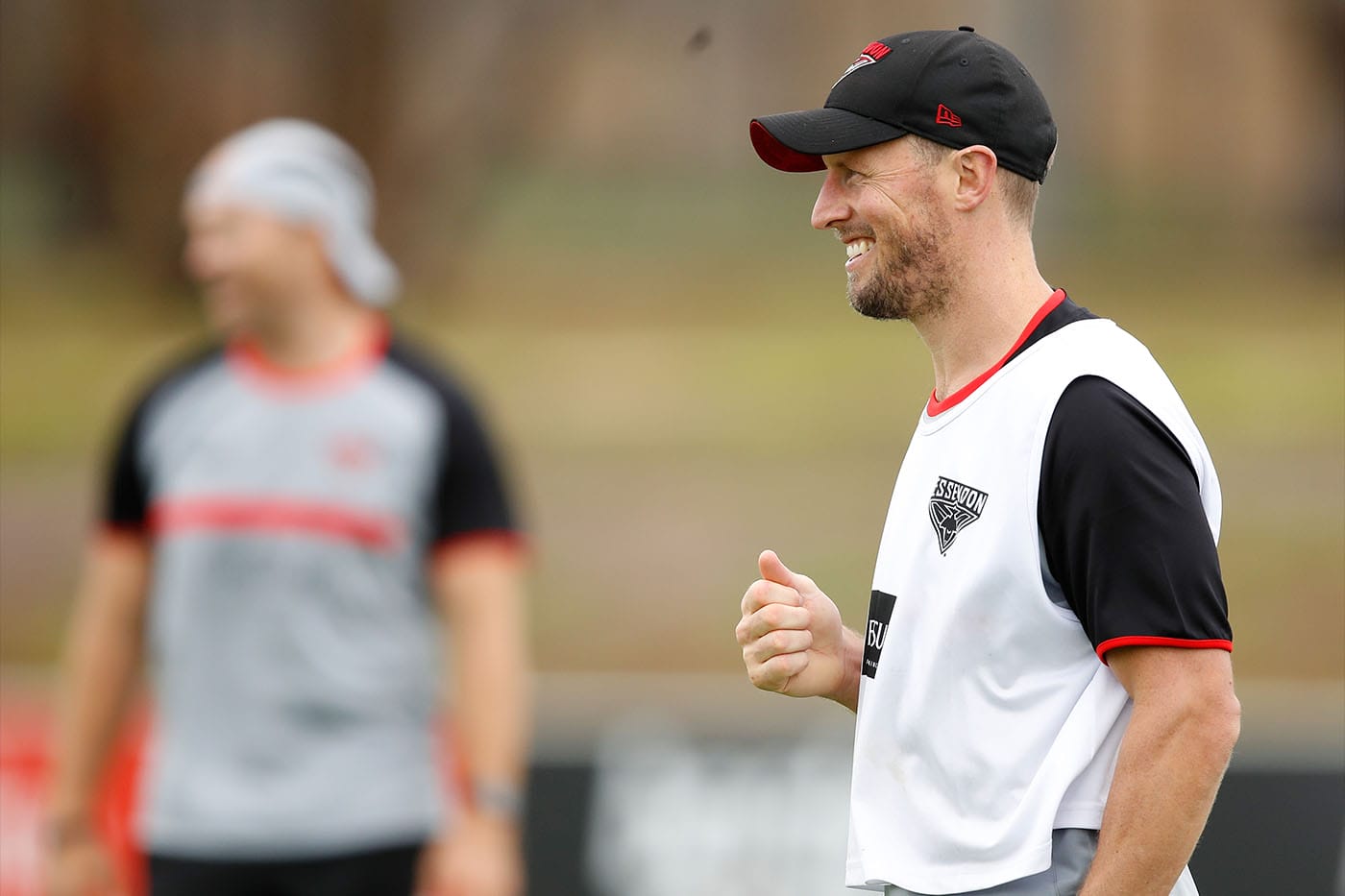 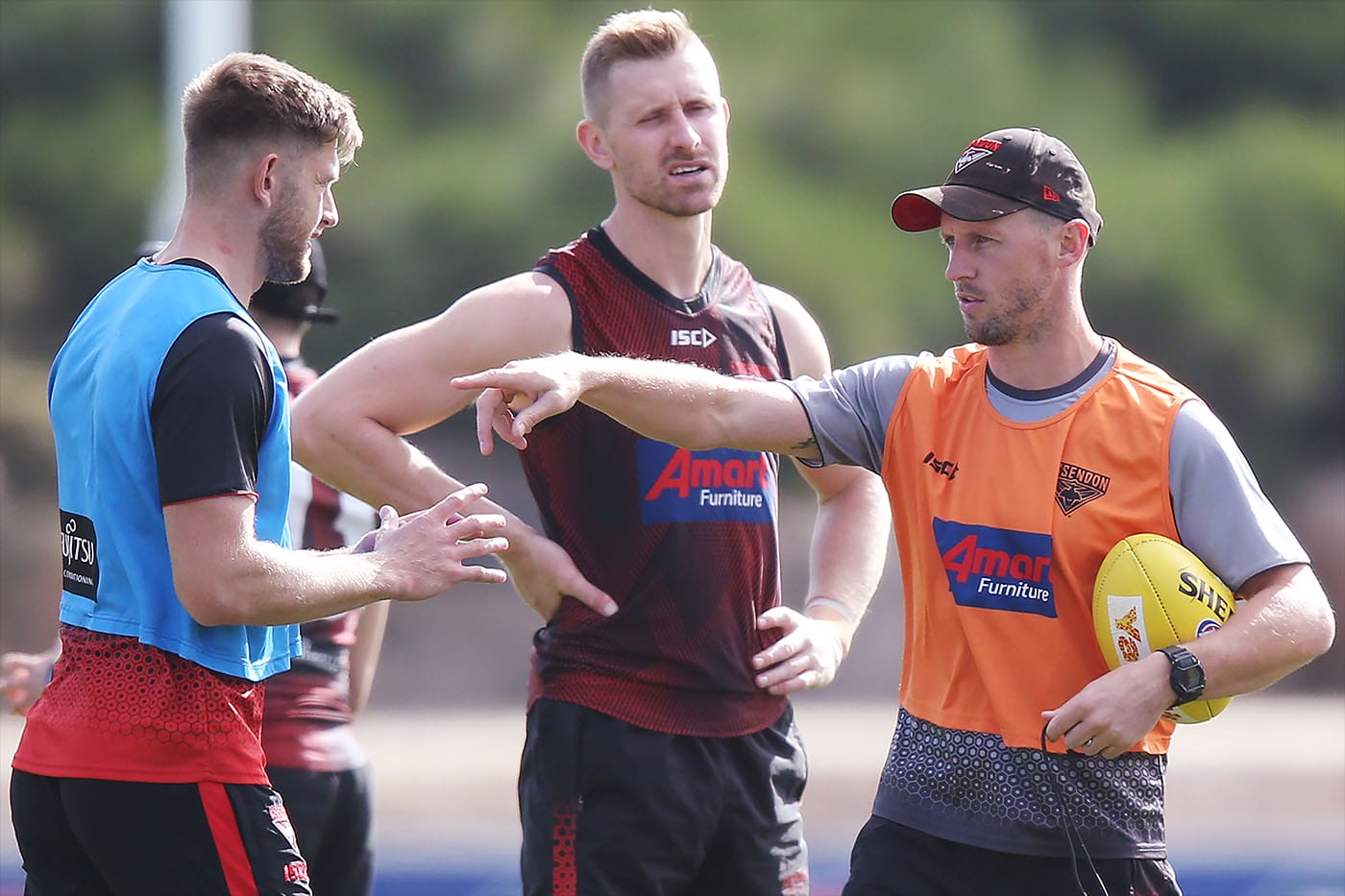 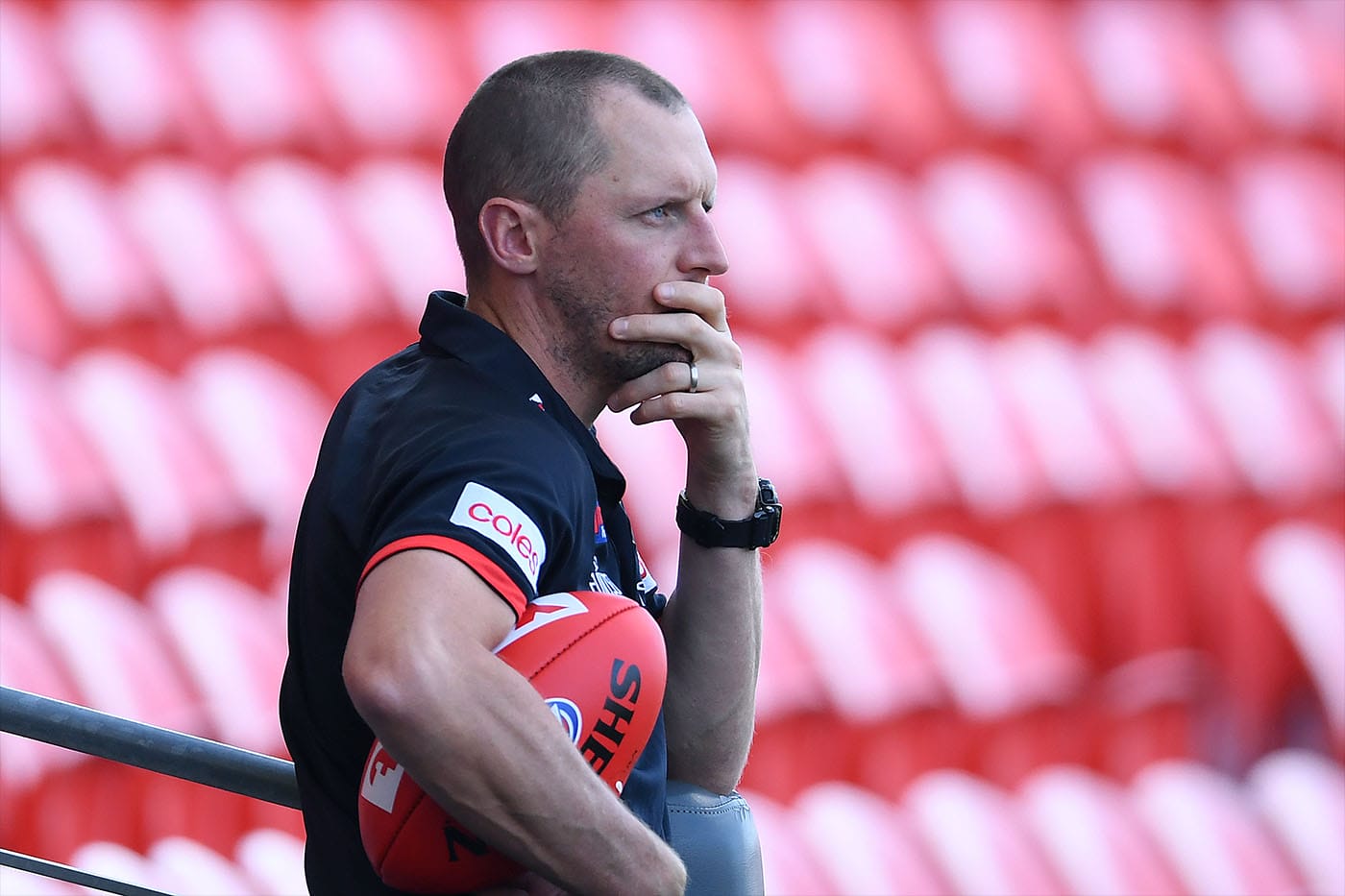 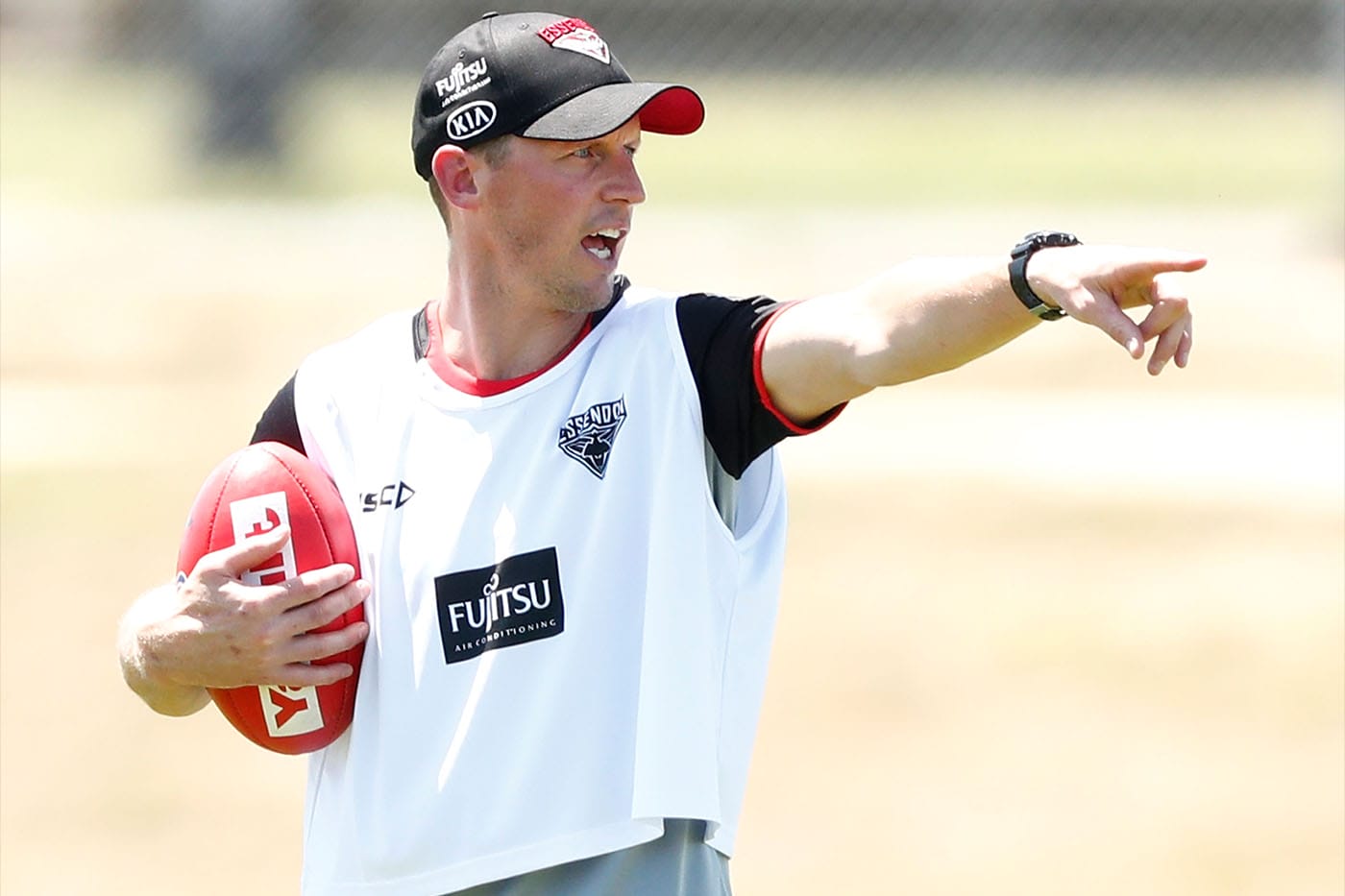 Kelly grew up in Melbourne and played his junior years for the Calder Cannons in the TAC Cup where he won a premiership in 2001 as well as playing for Rupertswood in the RDFL. A member of the highly regarded 2006-2011 Geelong midfield group, Kelly spent 14 seasons at Geelong playing 273 games and kicking 88 career goals. He then moved to Essendon where he played 40 games over 2 seasons before retiring and moving into an assistant coaching role at Essendon.

Kelly was an elite running midfielder who was renowned for his ability to find the football and use his power to then dispose of it efficiently. Drafted to Geelong in 2001, Kelly made his debut in 2002 where he earned a Rising Star nomination and won Geelong’s Best First Year Player award. Quickly becoming a staple in the Cats midfield, Kelly won three premierships with the Cats in 2007, 2009, and 2011. Kelly also finished off his stellar 2011 season by making the All-Australian team and winning the Jim Stynes Medal. After his illustrious career at Geelong, Kelly moved to Essendon where he was a leader in an inexperienced side. He finished his playing career at the Bombers, passing the 300 game milestone before accepting a coaching role under John Worsfold. He is currently an Assistant Coach charged with the responsibility of the Bombers’ backline. 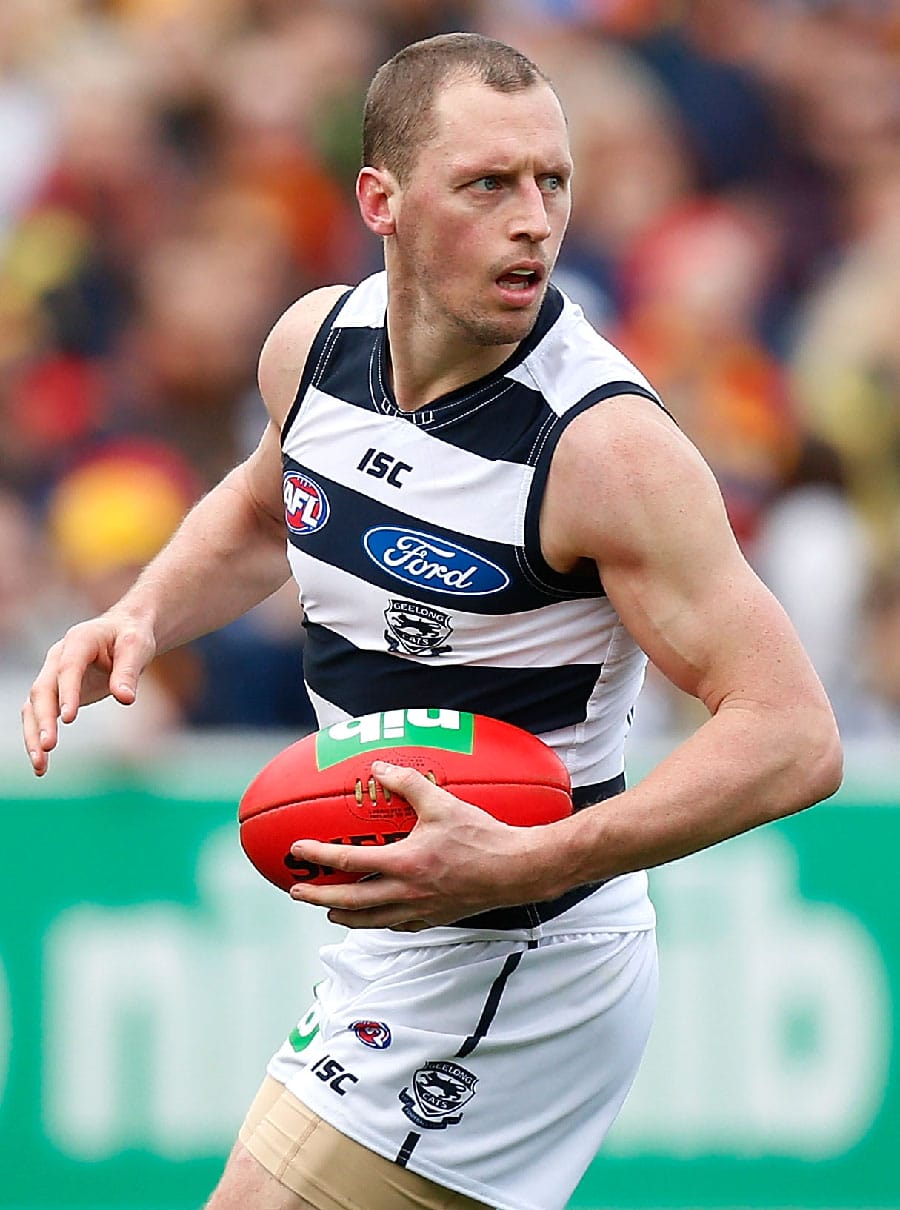 To request more information about James Kelly, please contact us