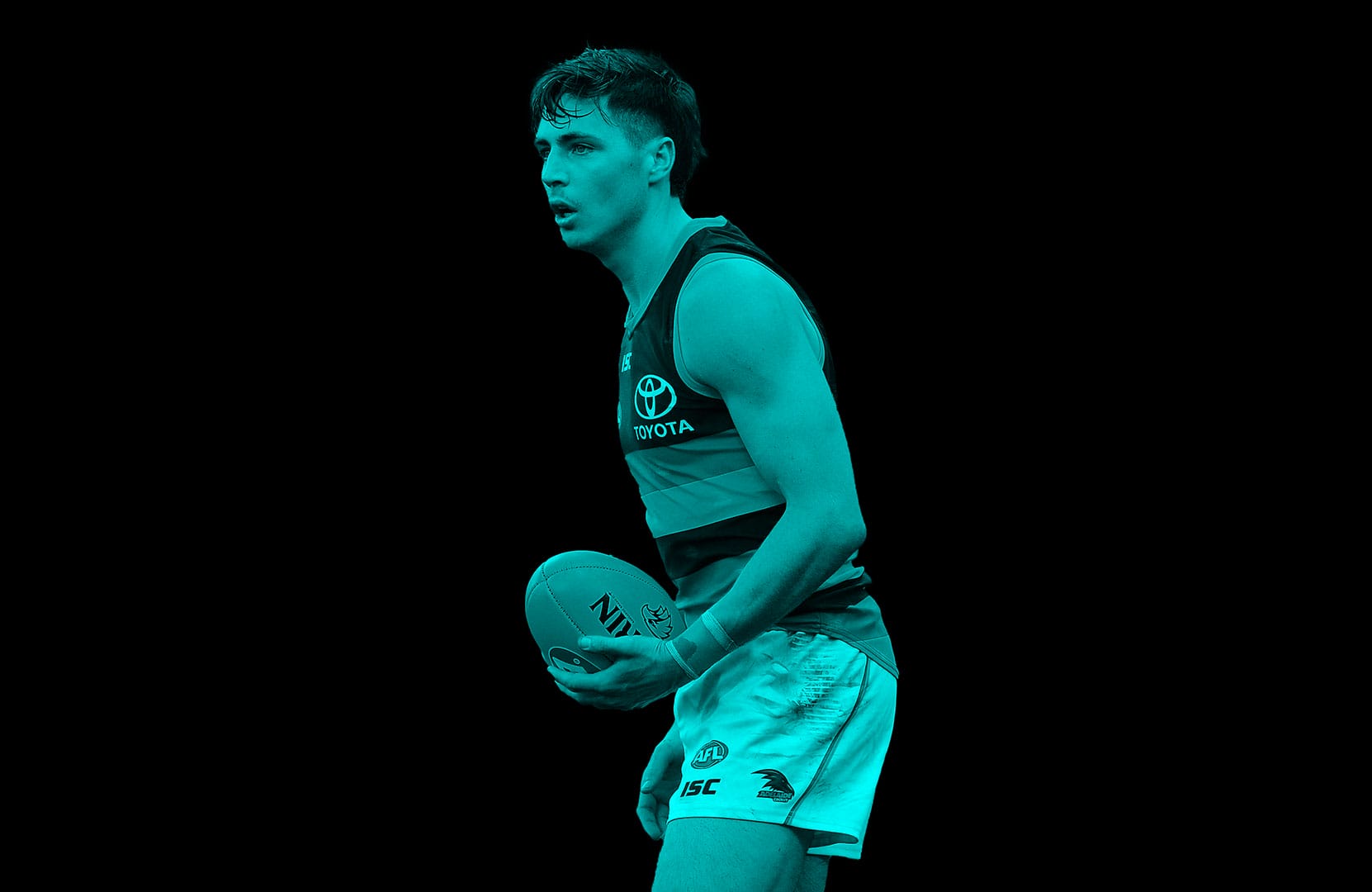 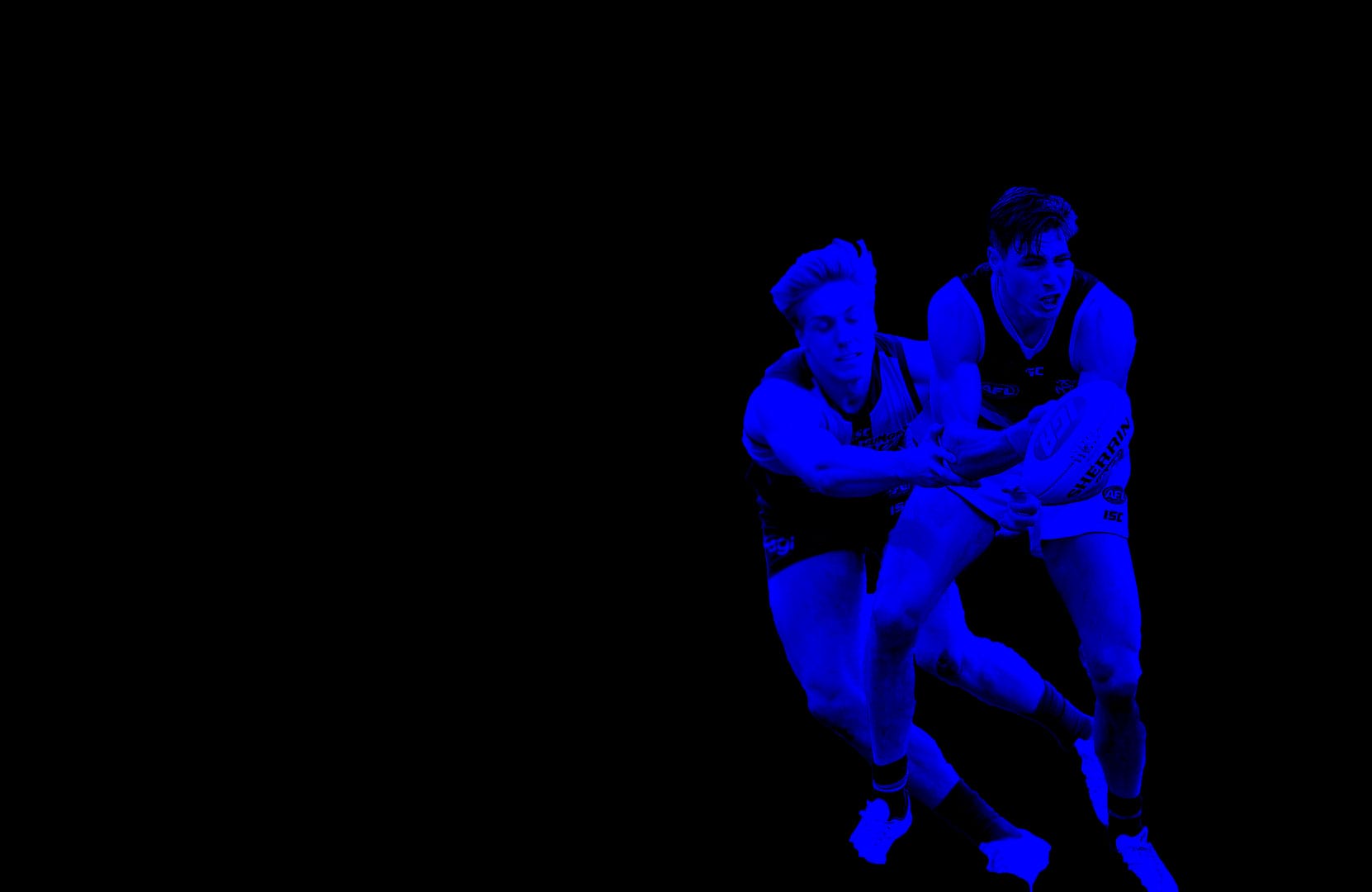 Son of Collingwood Premiership player Craig, Jake Kelly is a medium defender for the Adelaide Crows. 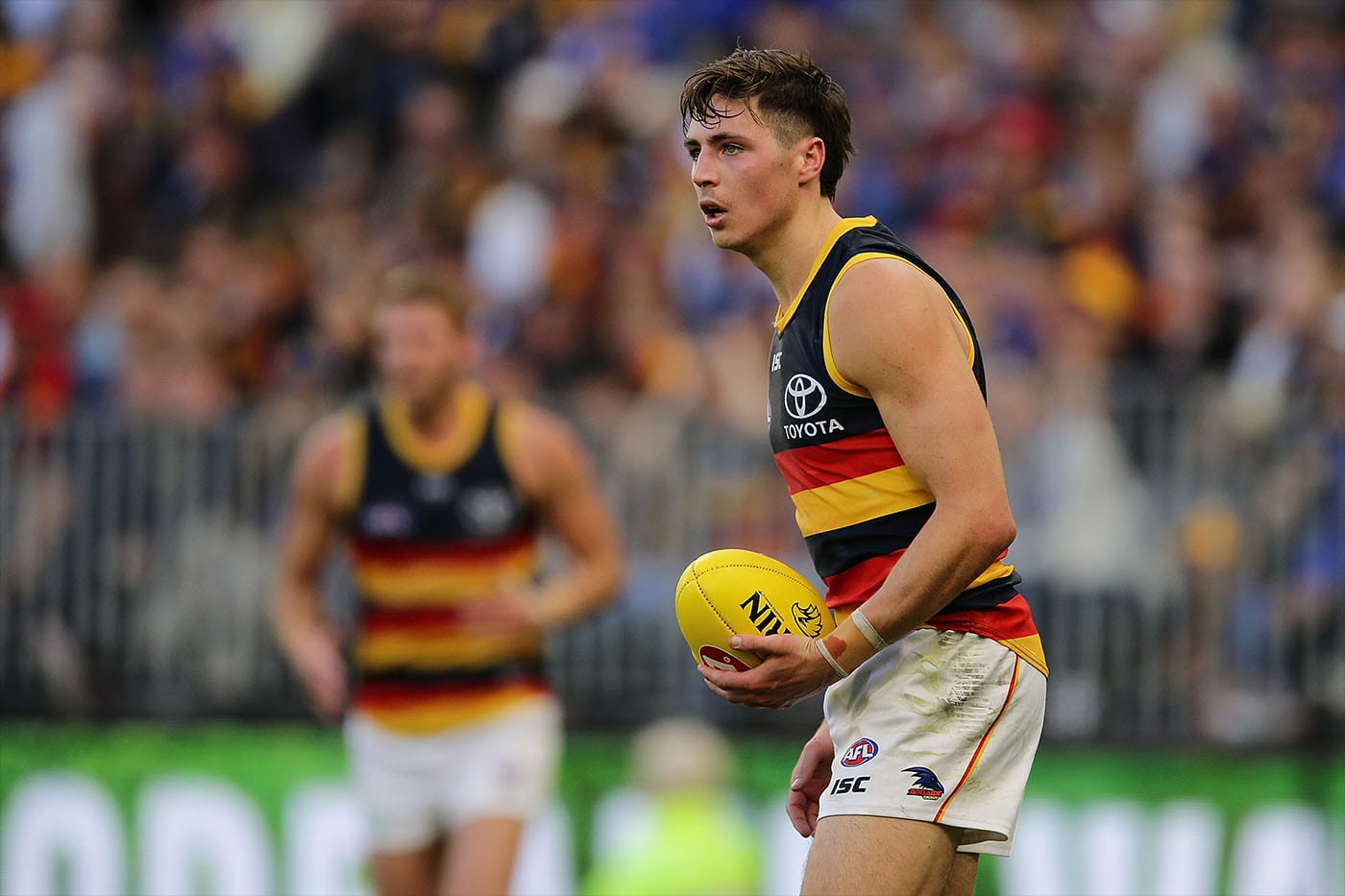 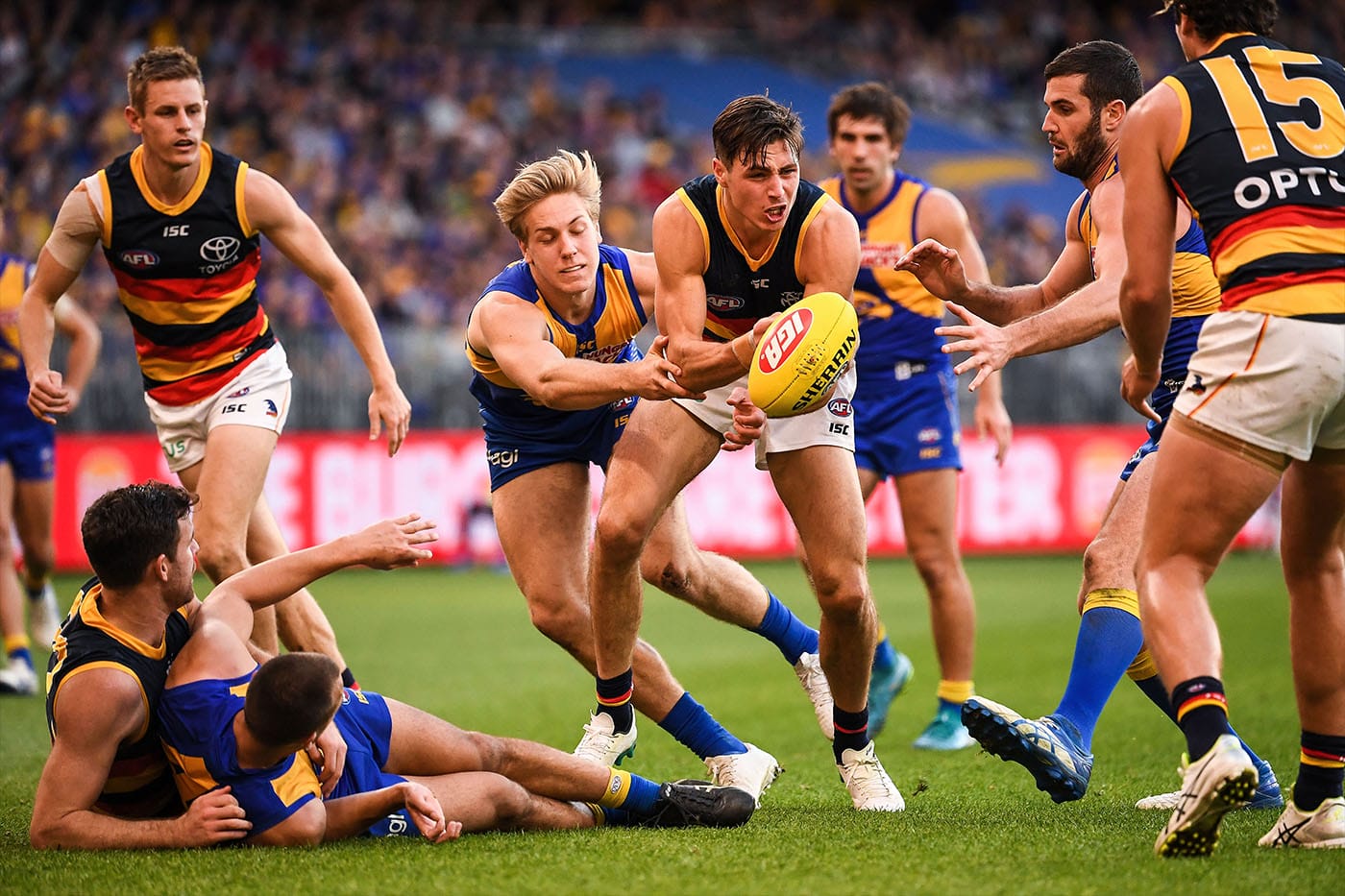 Jake Kelly grew up in Melbourne, playing junior football for Kew and Glen Iris, along with Mansfield in the Victorian high country. Kelly attended Scotch College and played for the Oakleigh Chargers in the TAC Cup under 18 competition and Collingwood’s VFL side. Kelly has a strong connection to football; he is the son of Norwood and Collingwood Premiership defender Craig, and older brother of current Collingwood key position player Will. Younger brother Max also represented Collingwood at VFL level.

Kelly was eligible to Collingwood as a father-son selection, however was drafted to Adelaide in the 2013 NAB AFL Rookie Draft and has since emerged as one of Adelaide’s most valuable defenders. A medium defender who has the ability to play as a key match-up as well as a rebound player, Kelly has an elite aerobic capacity. Kelly made an immediate impact at the Adelaide Crows, awarded equal runner-up in the inaugural SANFL Best & Fairest in his first year. Kelly made his senior debut for the Crows in round 3, 2015 against Melbourne where he displayed his impressive defensive capabilities, laying 10 tackles. Kelly finished the 2015 season with ten senior appearances. 2017 was a standout year for Kelly, who managed to play 24 games for the Crows, which included the AFL Grand Final. Having initially been recruited as a rookie in 2013 to recently playing in an AFL Grand Final is a testament to Kelly’s character and highlights his resilient and determined personality. Kelly has continued to add flexibility to his game as he moved higher up the ground playing half back and wing to expose his running capabilities. 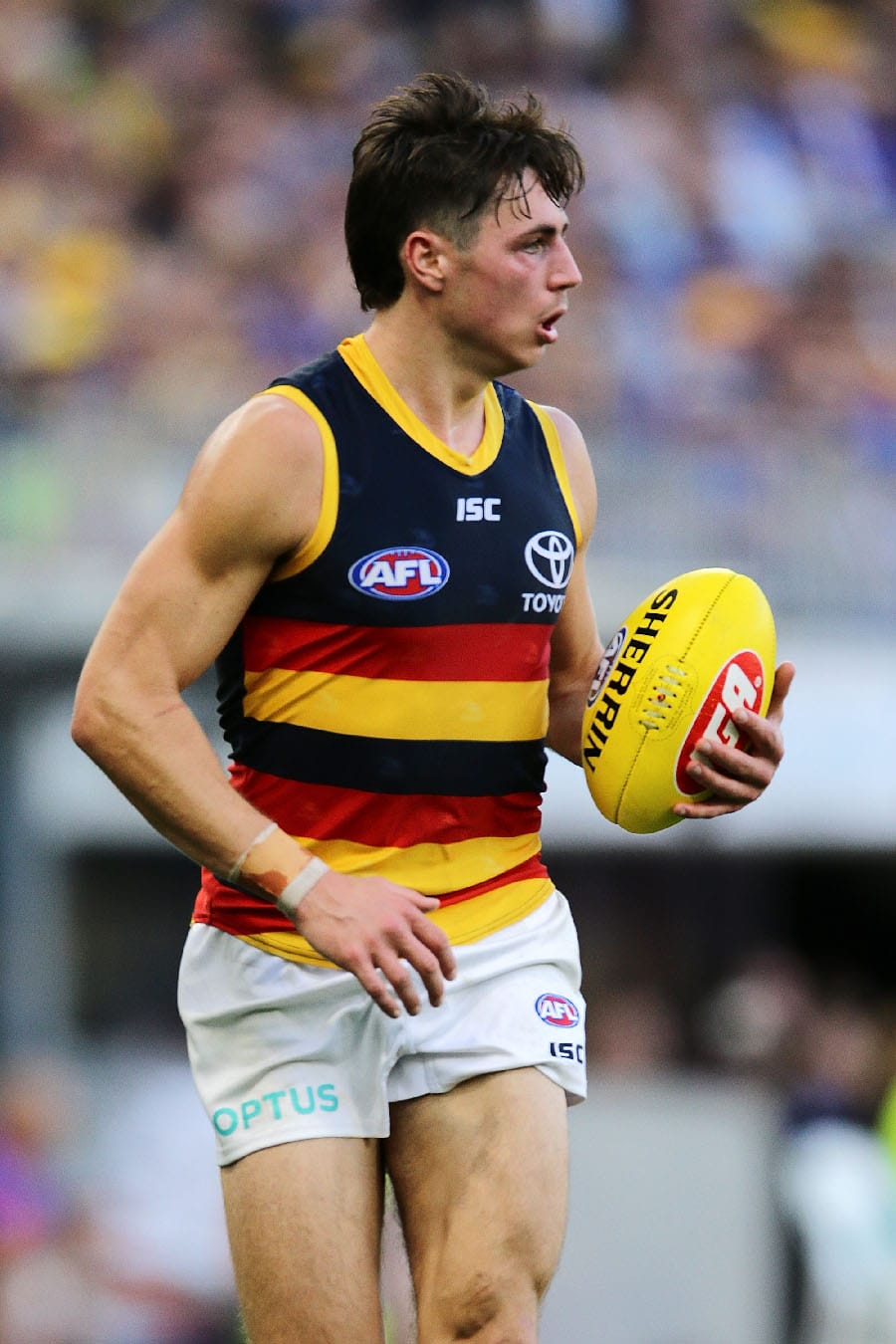 Off the field, Kelly enjoys to travel and is studying a Bachelor of Business.

I want to get better and build on what I did last year. I felt like I improved as a player. I want to become more dangerous in the air and take more intercept marks off my opponent. It’s something I haven’t been able to do in the past few years so I want to build on that. 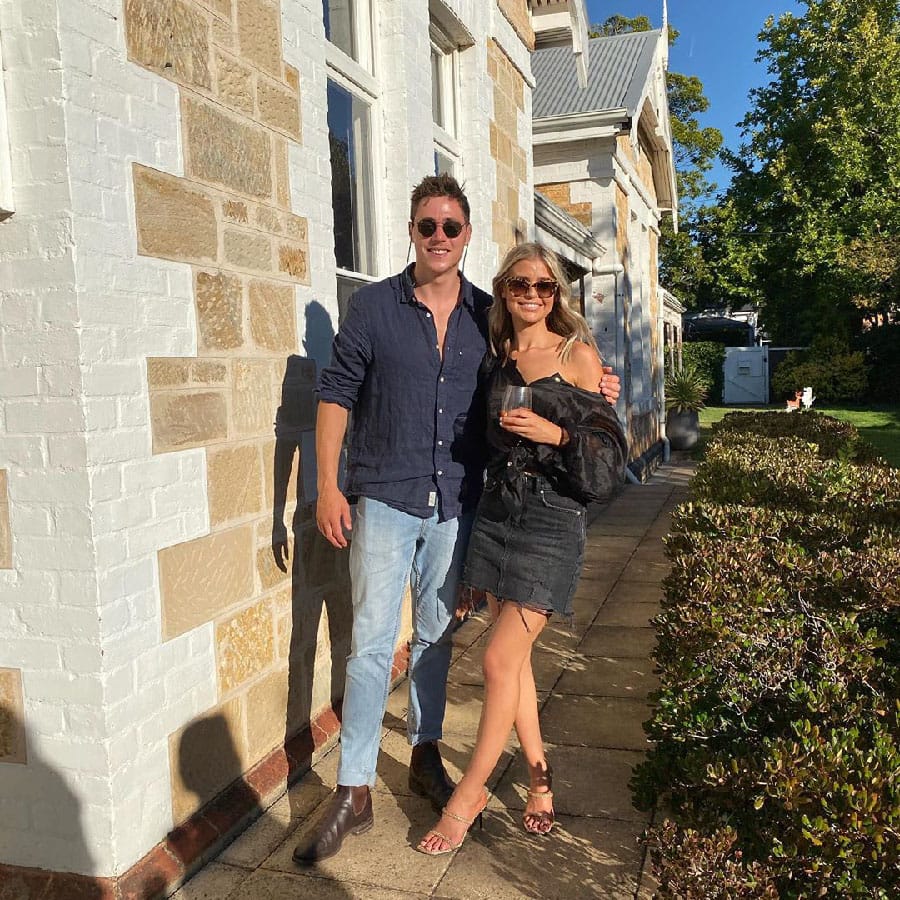 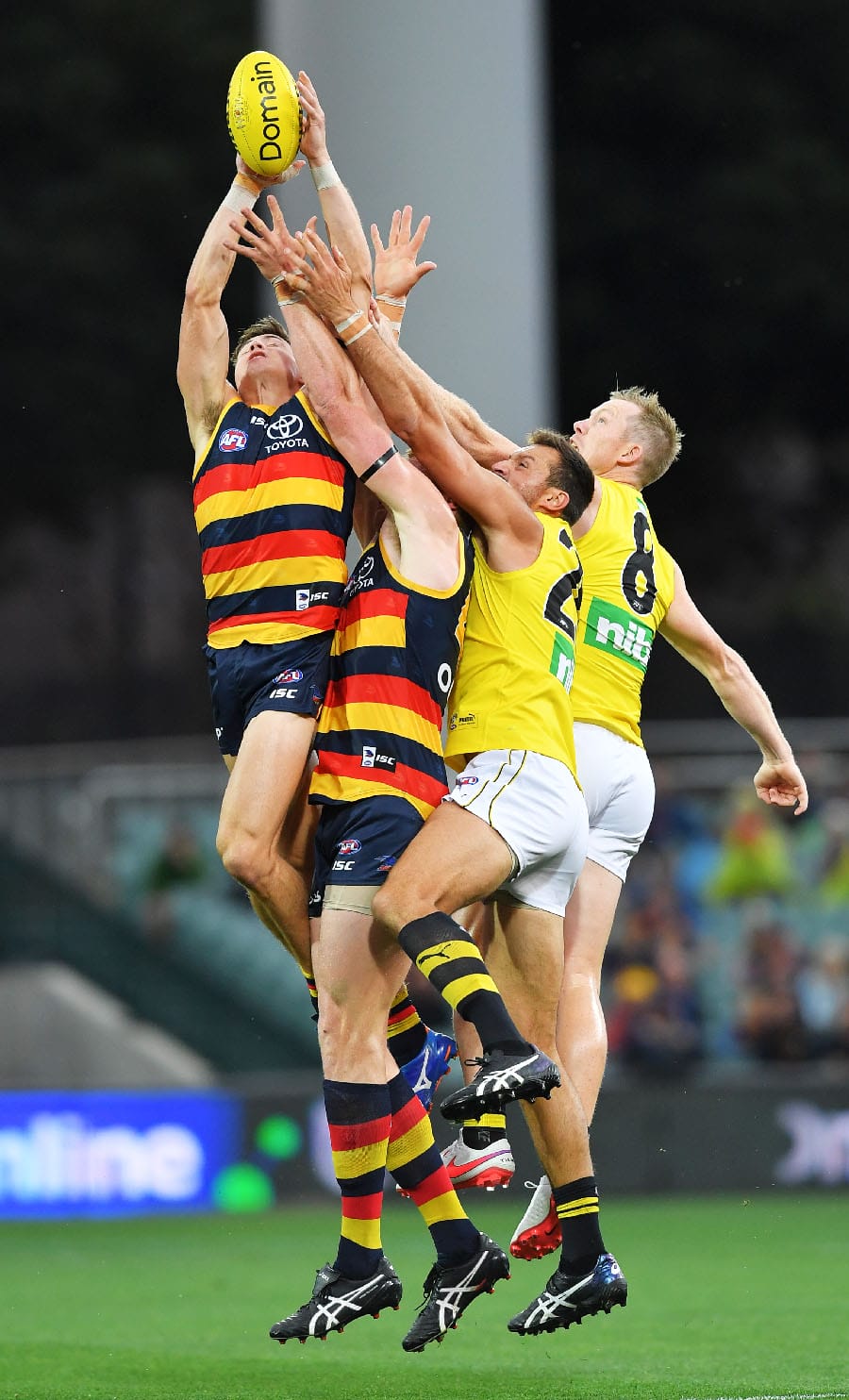 To request more information about Jake Kelly, please contact us

Contact TLA
Share Jake's Profile
By continuing to use this site, you agree to receive cookies/similar technologies to measure visits, view videos and use social sharing buttons. Find out more and change your cookies settings.
ACCEPT