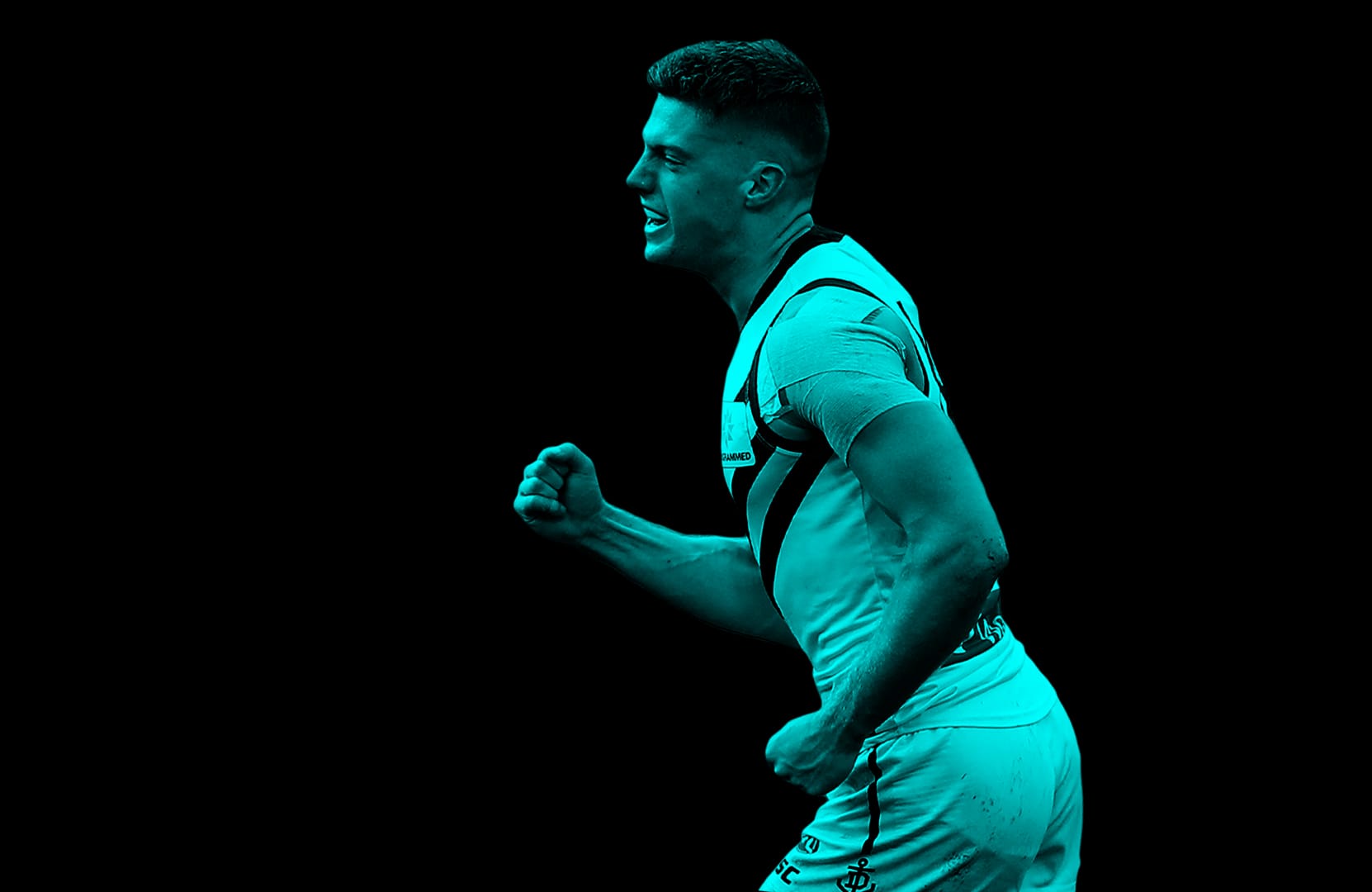 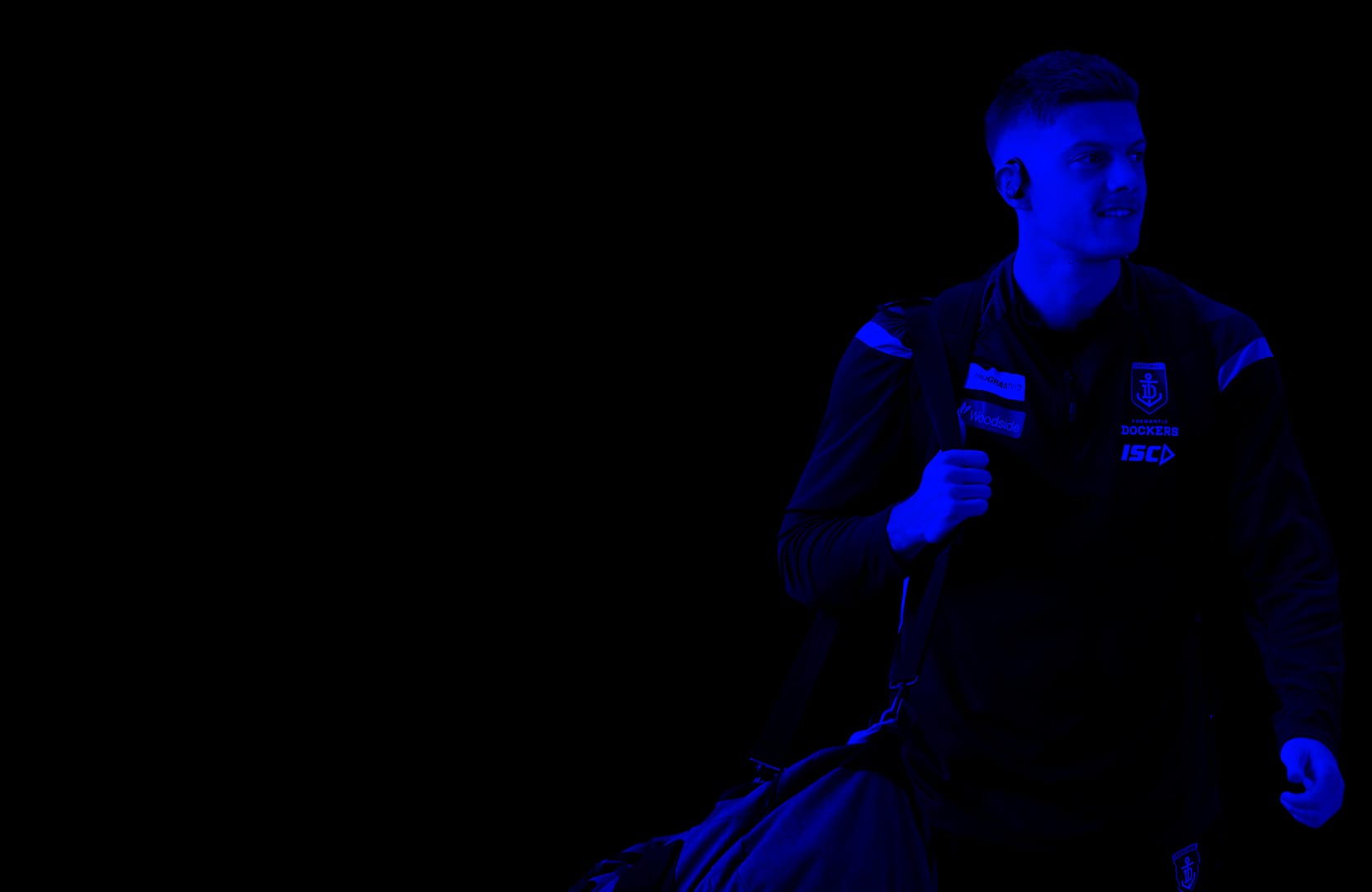 A smooth moving midfielder who has been a consistent presence for the Dockers since debuting, Darcy Tucker is one of the key players Freo are leaning on ahead of their next finals assault. 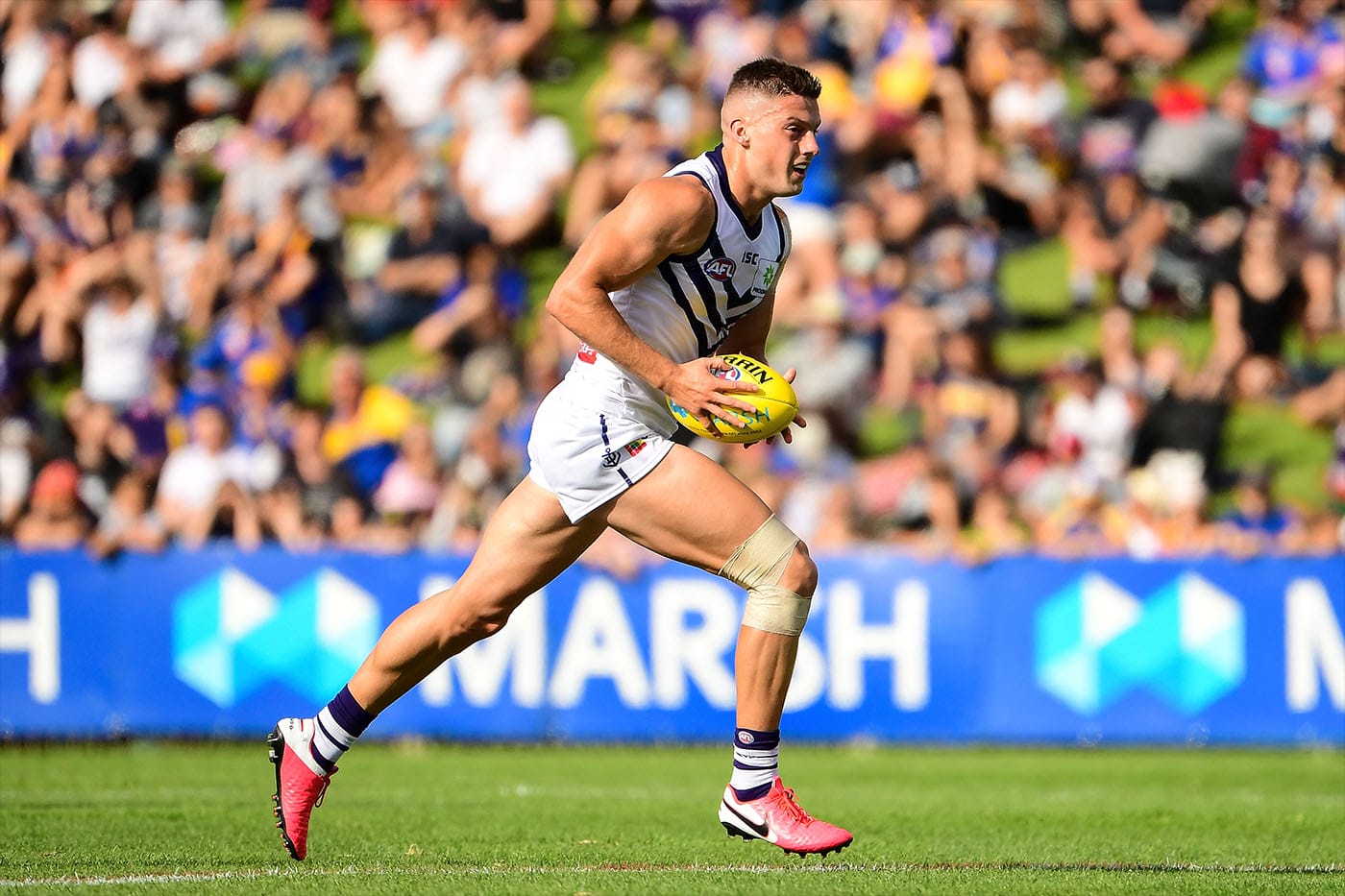 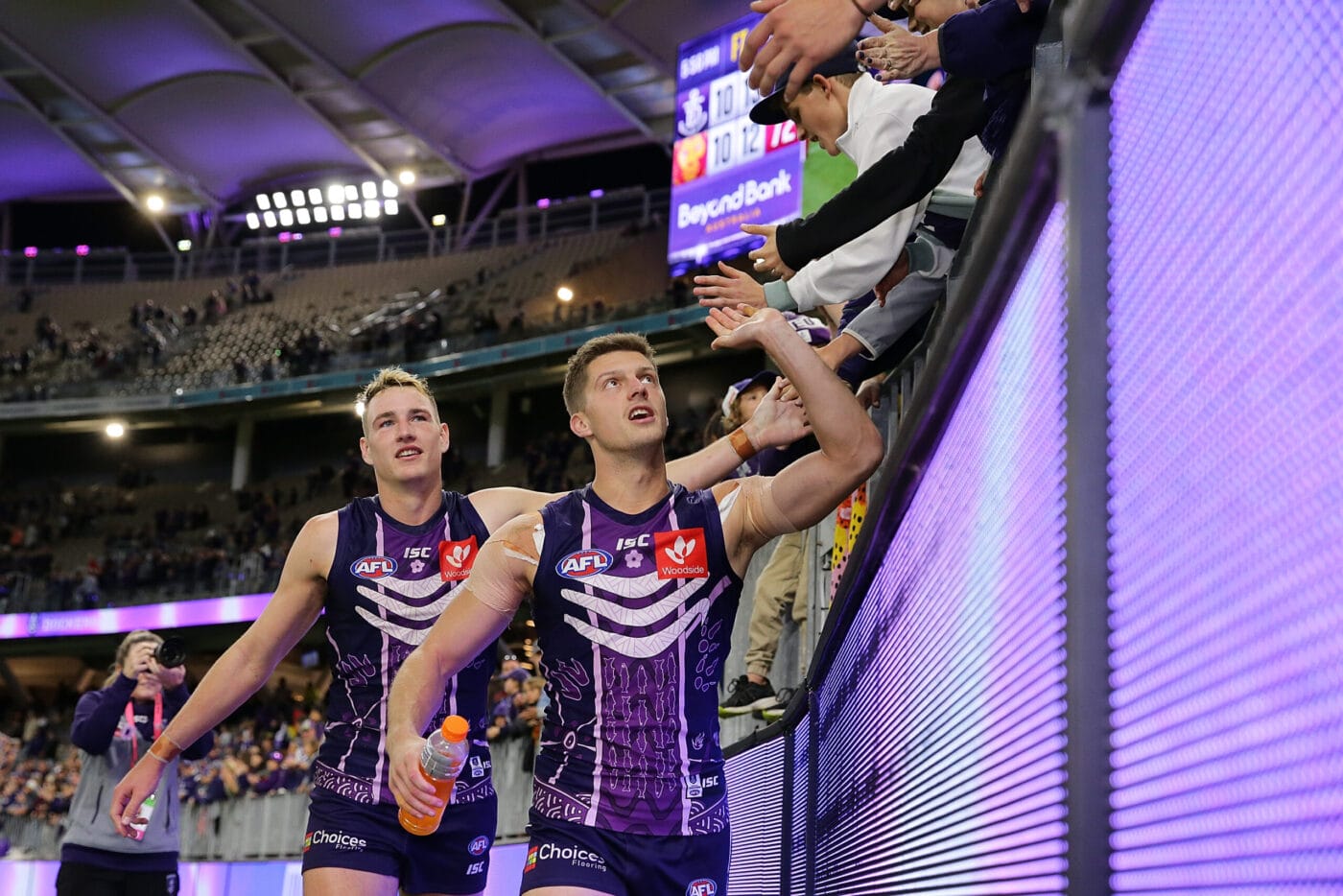 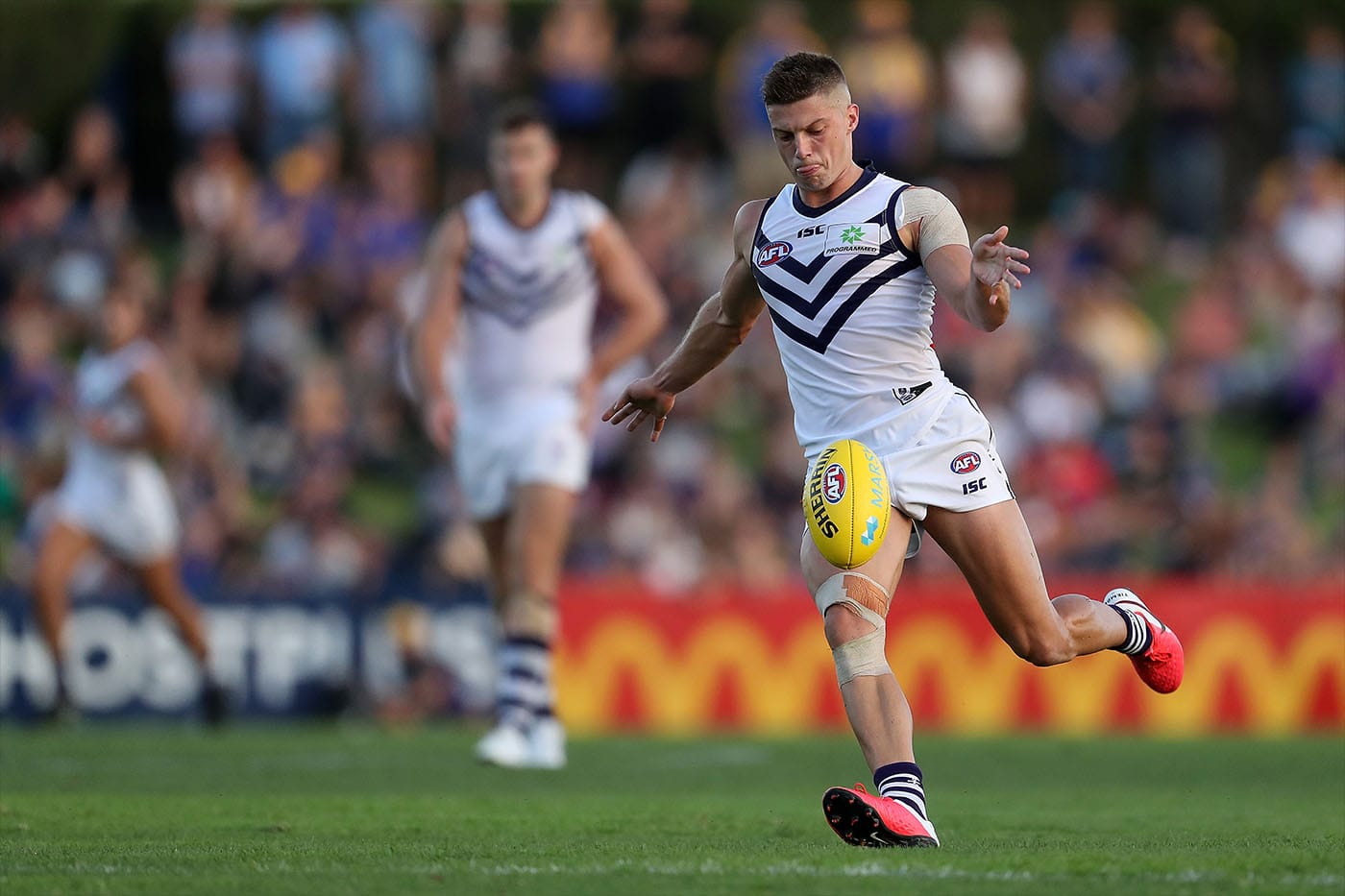 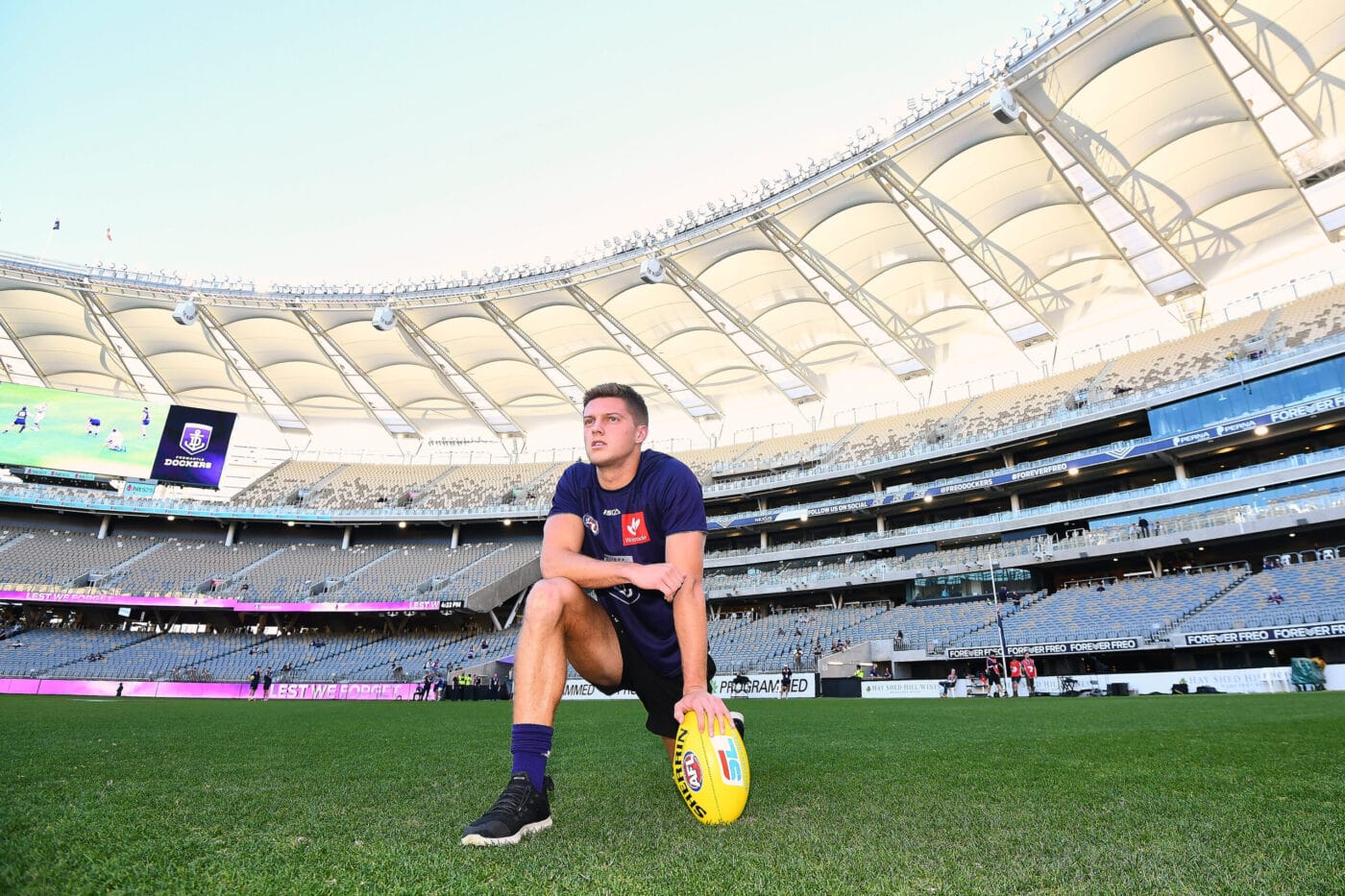 Originally from Horsham in Victoria’s west, Tucker relocated to board at Ballarat Clarendon College after impressing for Vic Country at the 2013 NAB AFL Under 16 Championships.

Part of the AFL Academy Level 1 and Level 2 squads, Tucker was named to the All-Australian team at the 2014 Under 18 titles as a bottom ager. Tucker was Captain of the North Ballarat Rebels in 2015 and involved in Vic Country’s Division One title success at the NAB AFL Under 18 Championships.

A 15.3 Beep Test at the NAB AFL Draft Combine — the third-best overall — and his high disposal numbers in both the TAC Cup and Nationals suggested he had both the aerobic capacity and the ability to fulfil the Dockers faith in making him their first selection in the Draft at pick 27 in 2015.

A 19 possession, 2 goal showing in a win over Brisbane at the Gabba in just fourth AFL game provided a marker for what Tucker was going to bring to the table for Freo.

A mainstay of the Dockers line-up over his second and third season, increased exposure to an inside midfield role in 2019 saw Tucker average a career high 19 possessions, play all 22 games and finish top ten in the club’s Best and Fairest.

His 2020 was trending along similar lines before a severe and unlikely hamstring injury ended his season in the opening seconds of Round 8. 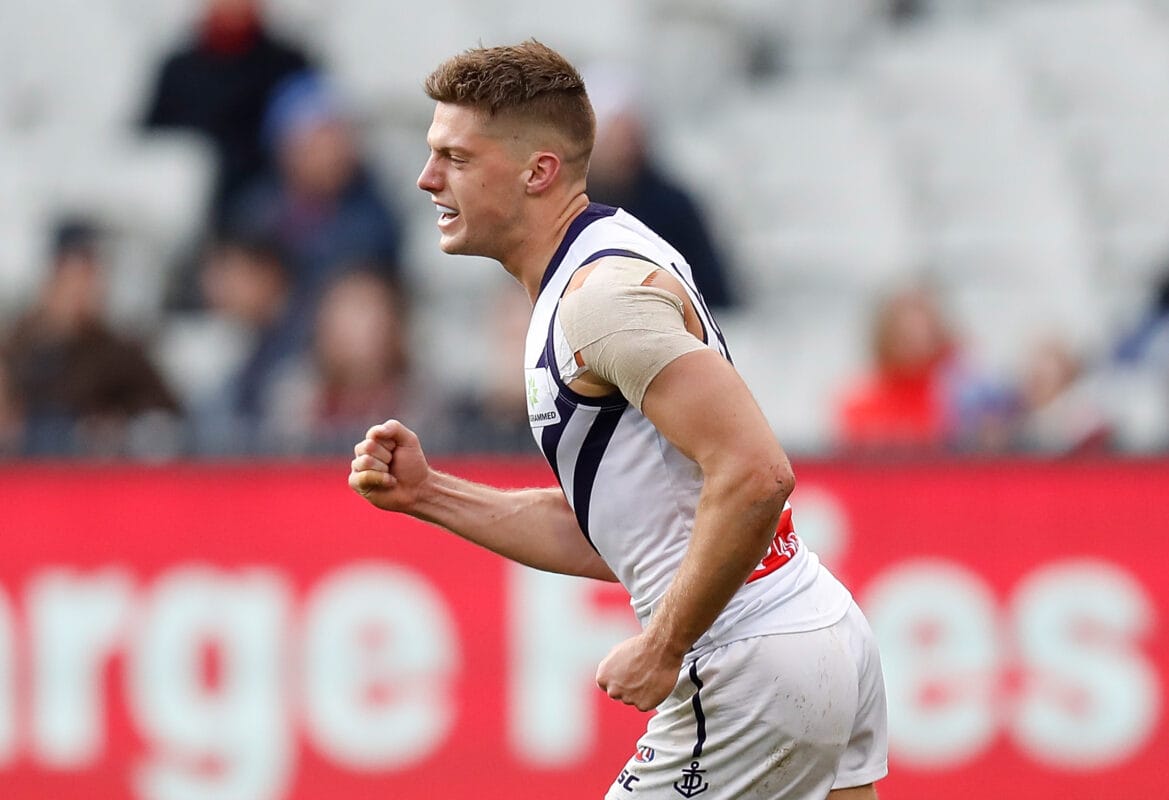 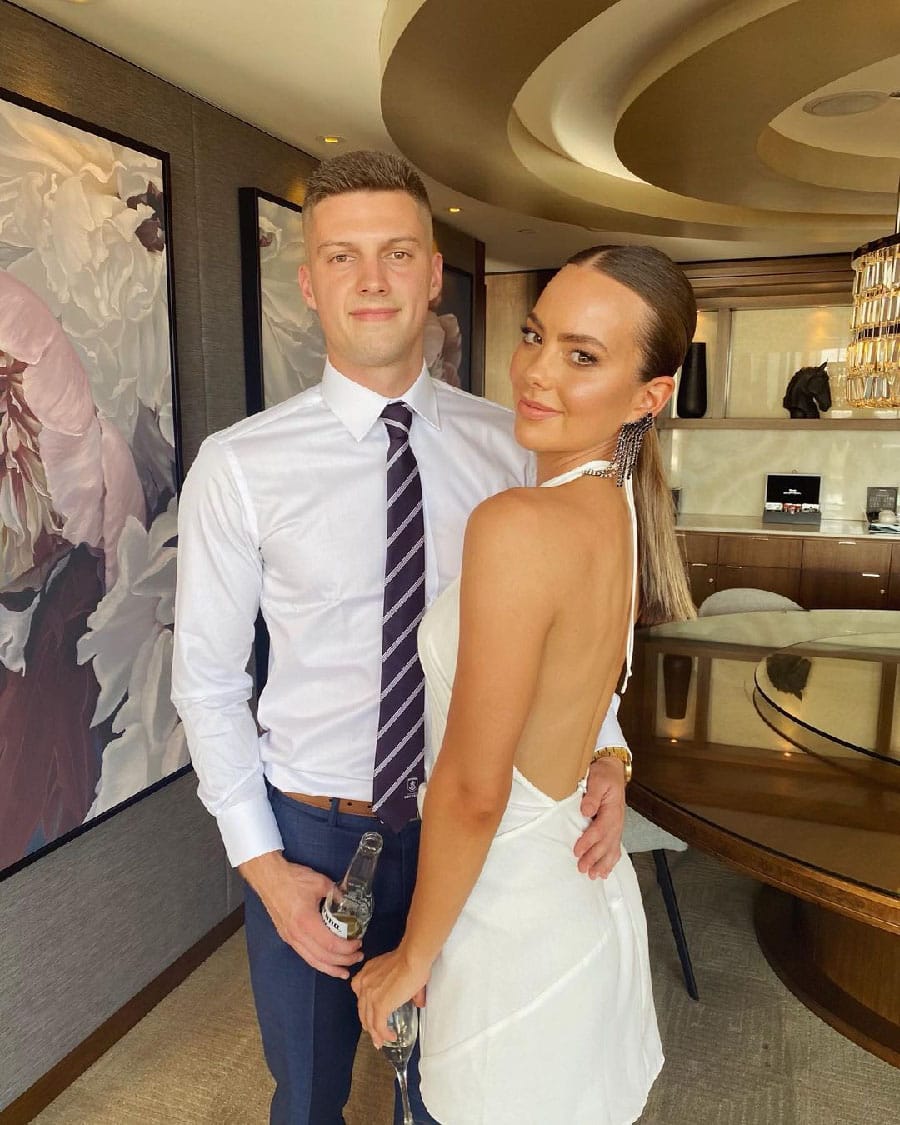 A talented basketballer in his teenage years who represented Victoria, Tucker remains a close follower of all things NBA. He and partner Ellie own two dogs Eddie and Lonzo, spending plenty of their spare time with them enjoying Perth’s climate.

We have an exciting young group coming up and I think we can play finals footy in the very near future, so I’m looking forward to it. 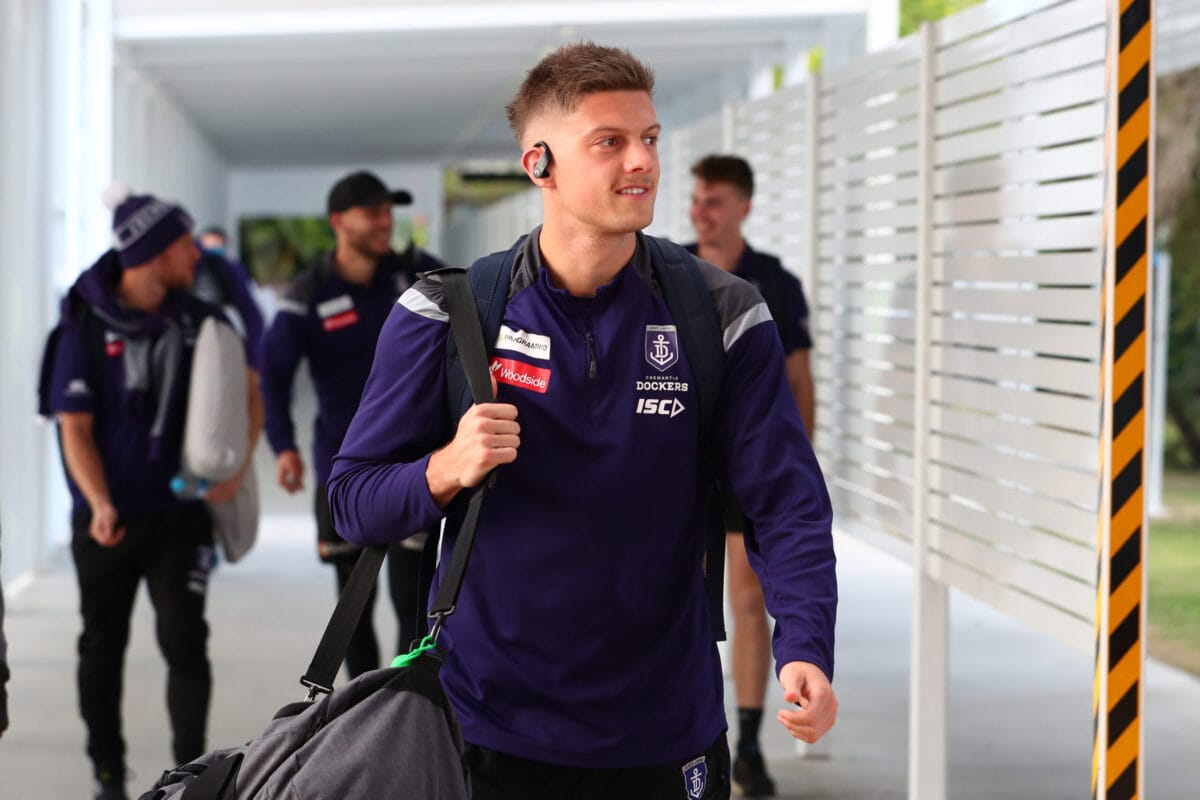 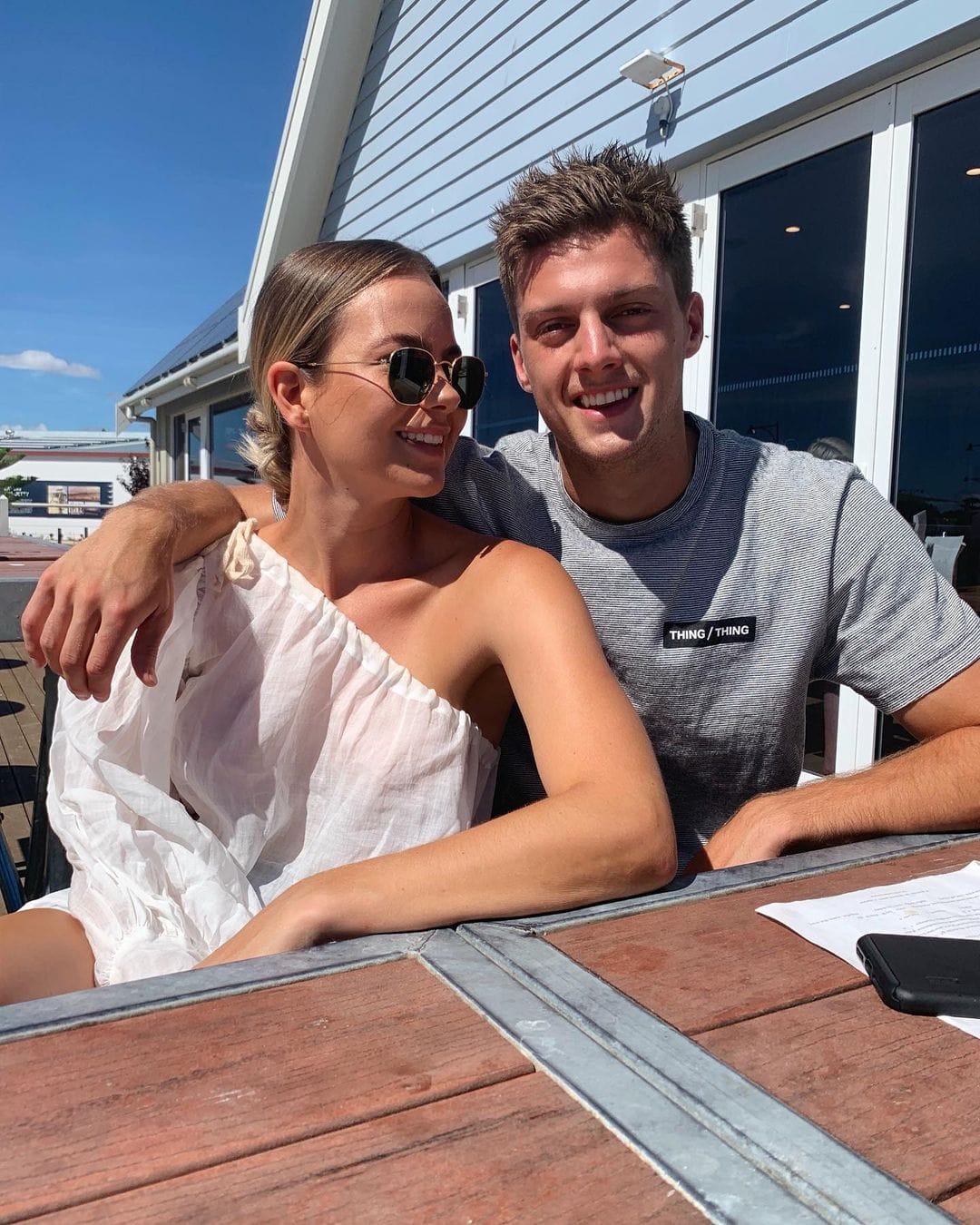 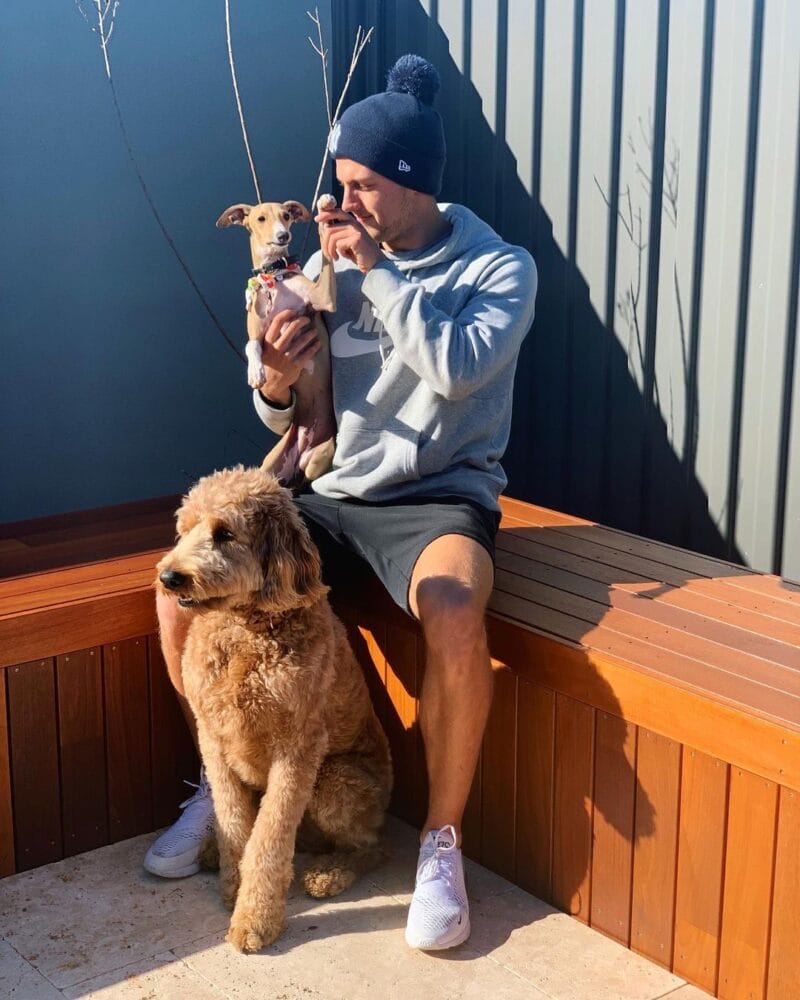 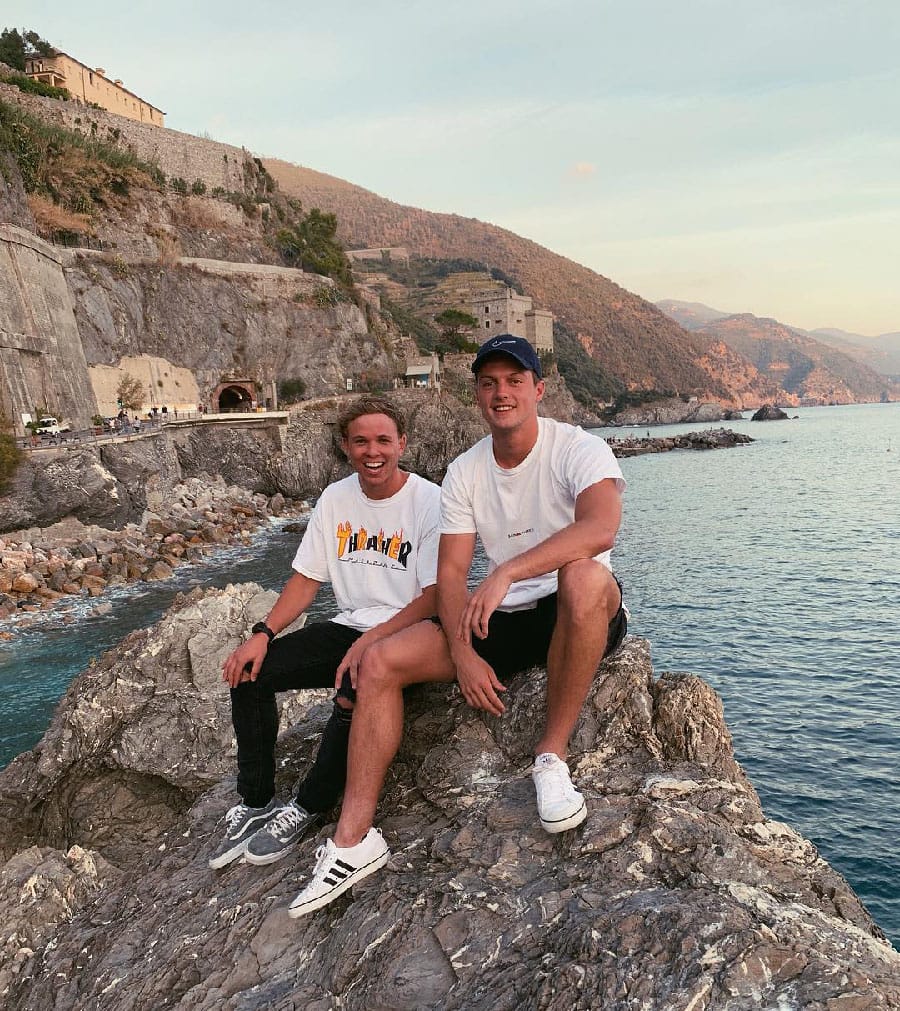 To request more information about Darcy Tucker, please contact us

Contact TLA
Share Darcy's Profile
By continuing to use this site, you agree to receive cookies/similar technologies to measure visits, view videos and use social sharing buttons. Find out more and change your cookies settings.
ACCEPT