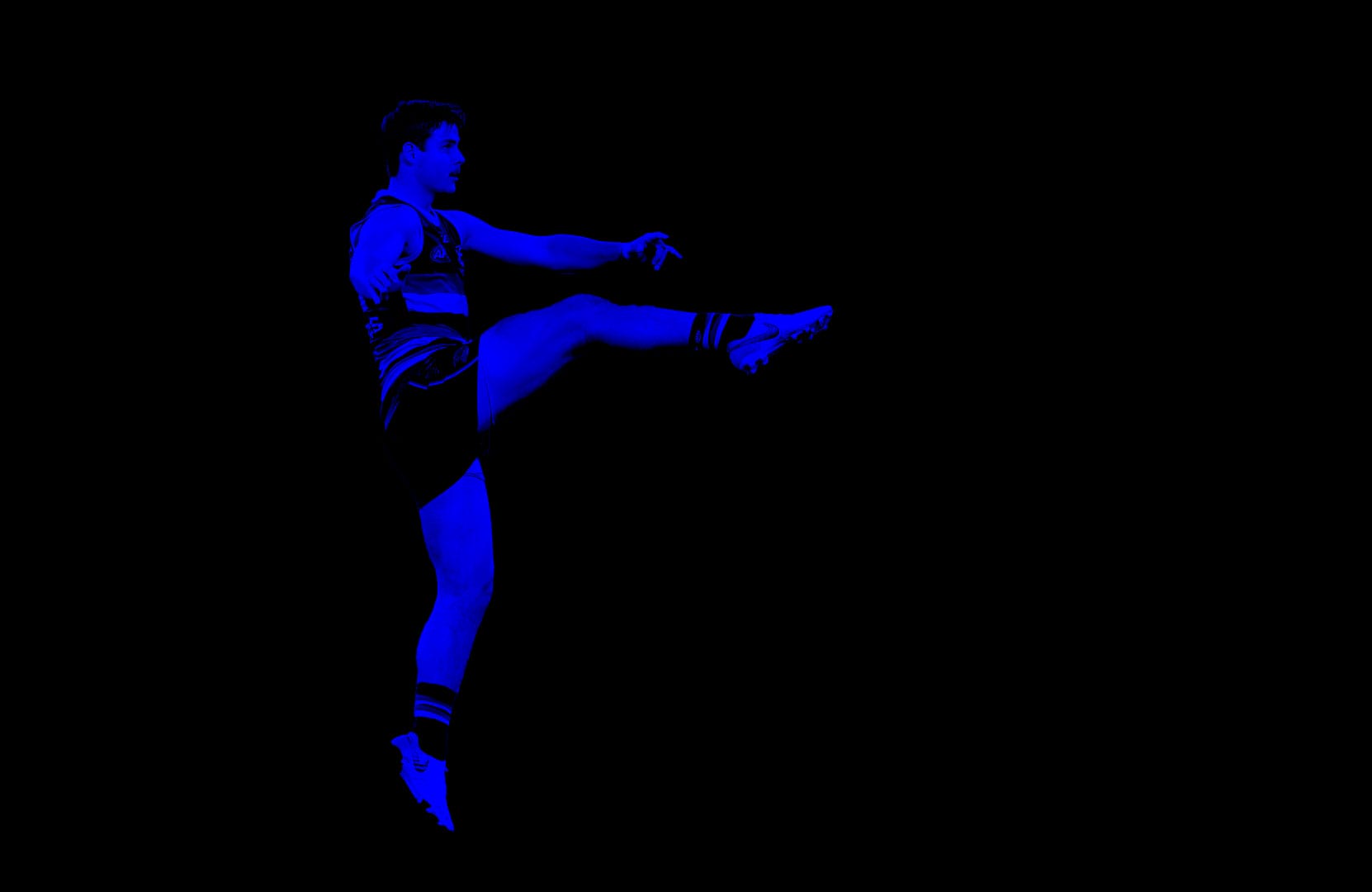 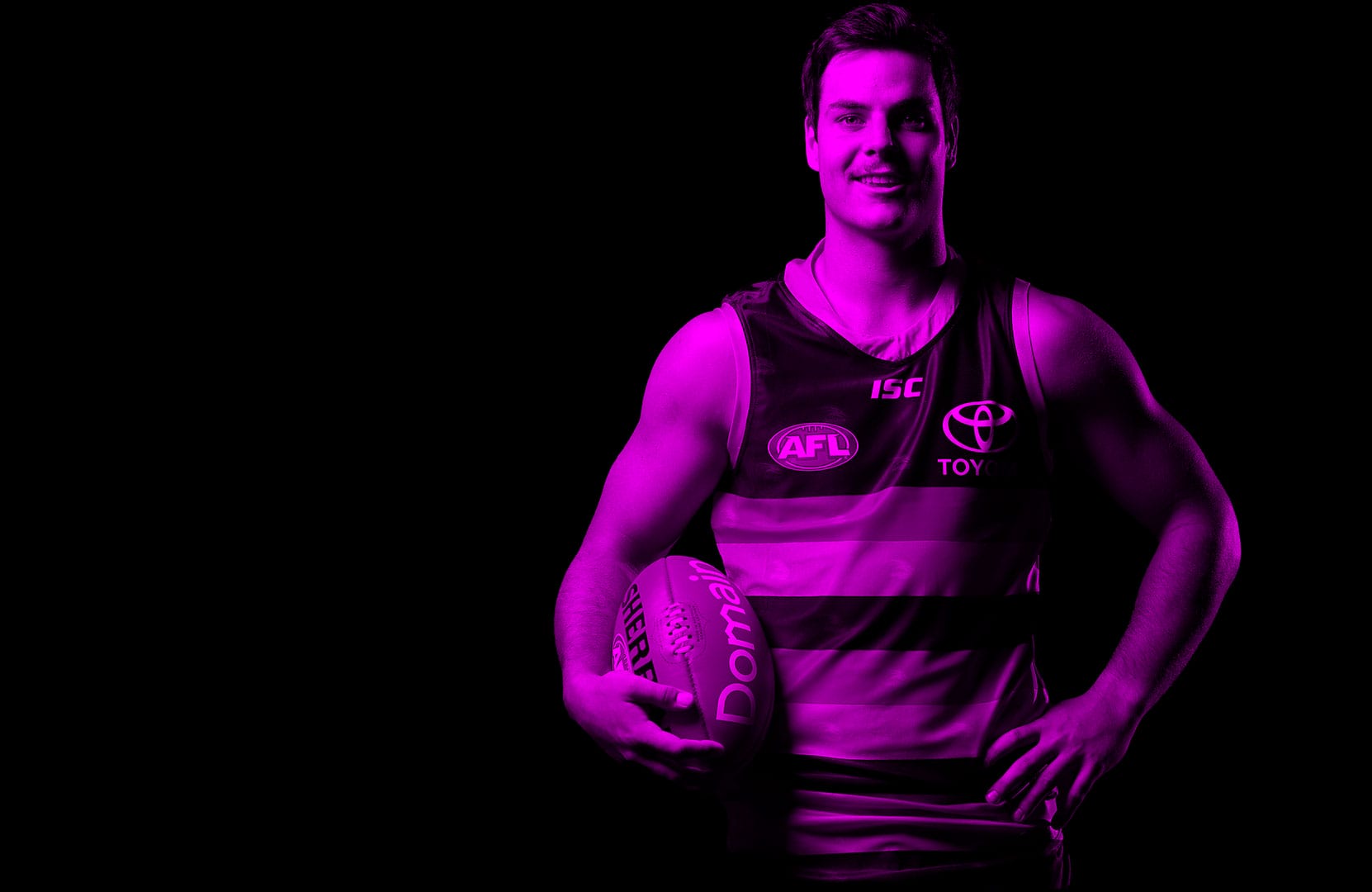 A country boy, Darcy Fogarty hails from Lucindale in South Australia. On-field Fogarty is an imposing figure, but off it he is a passionate family man who loves returning to the family farm. 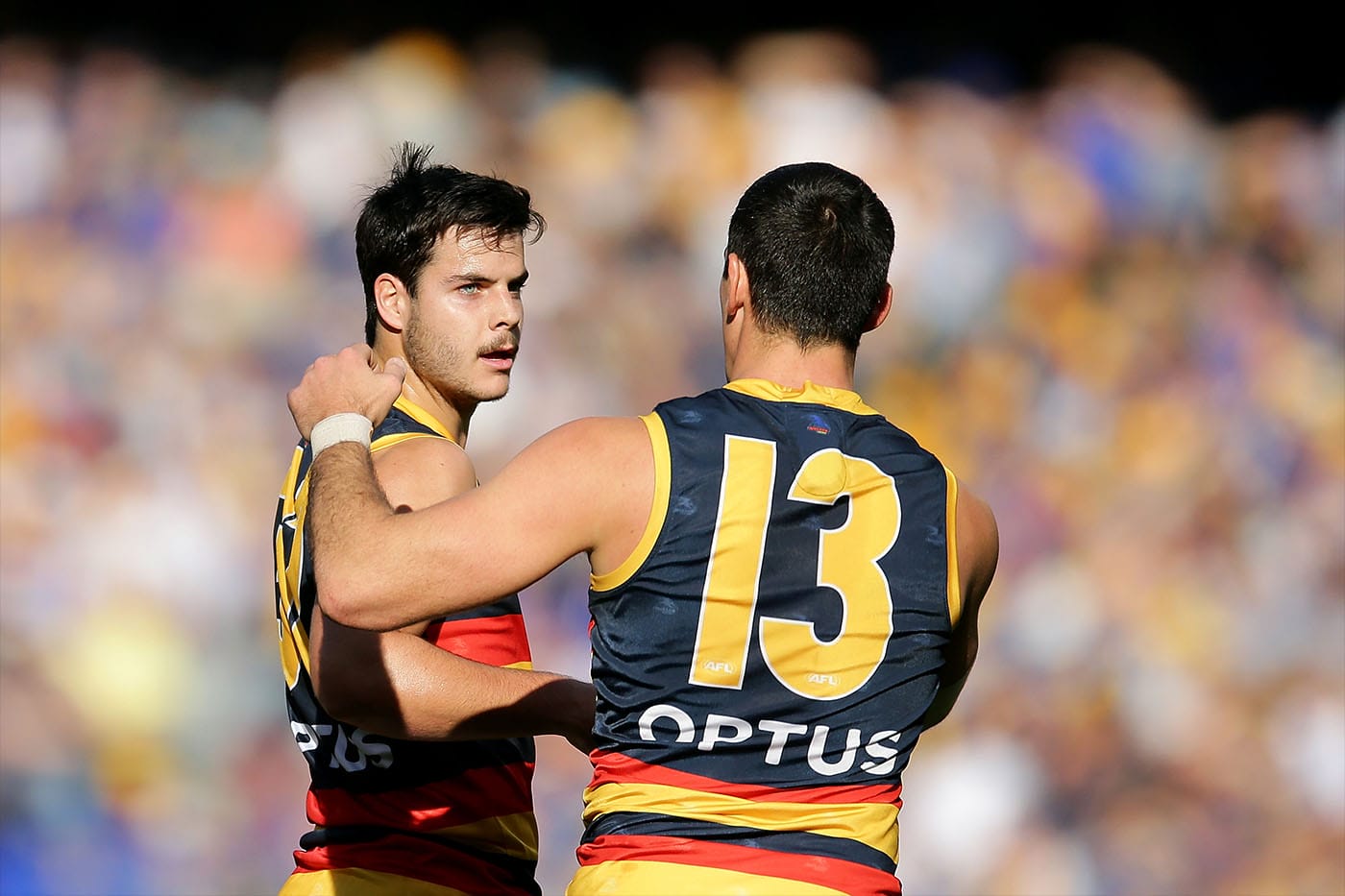 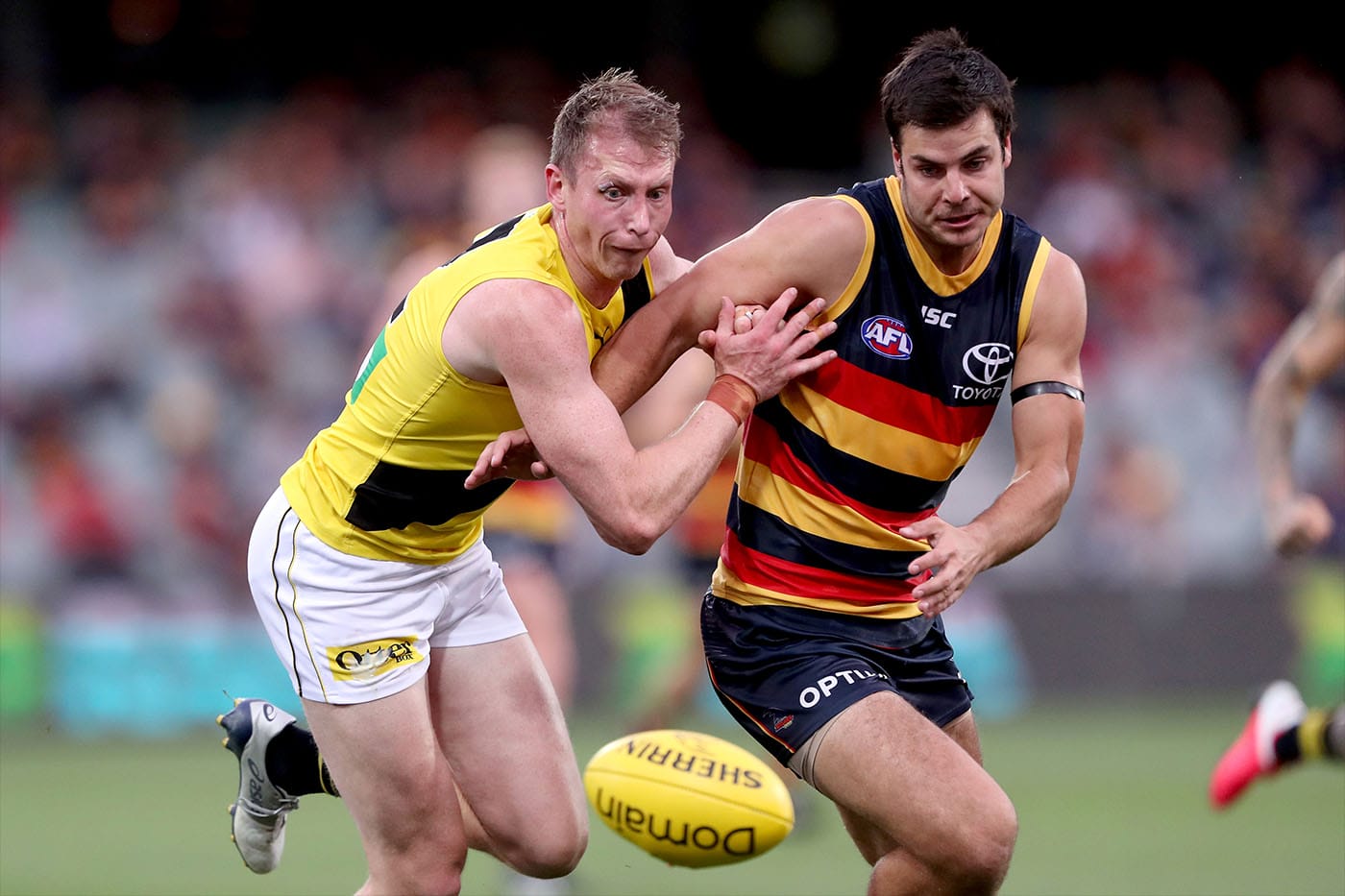 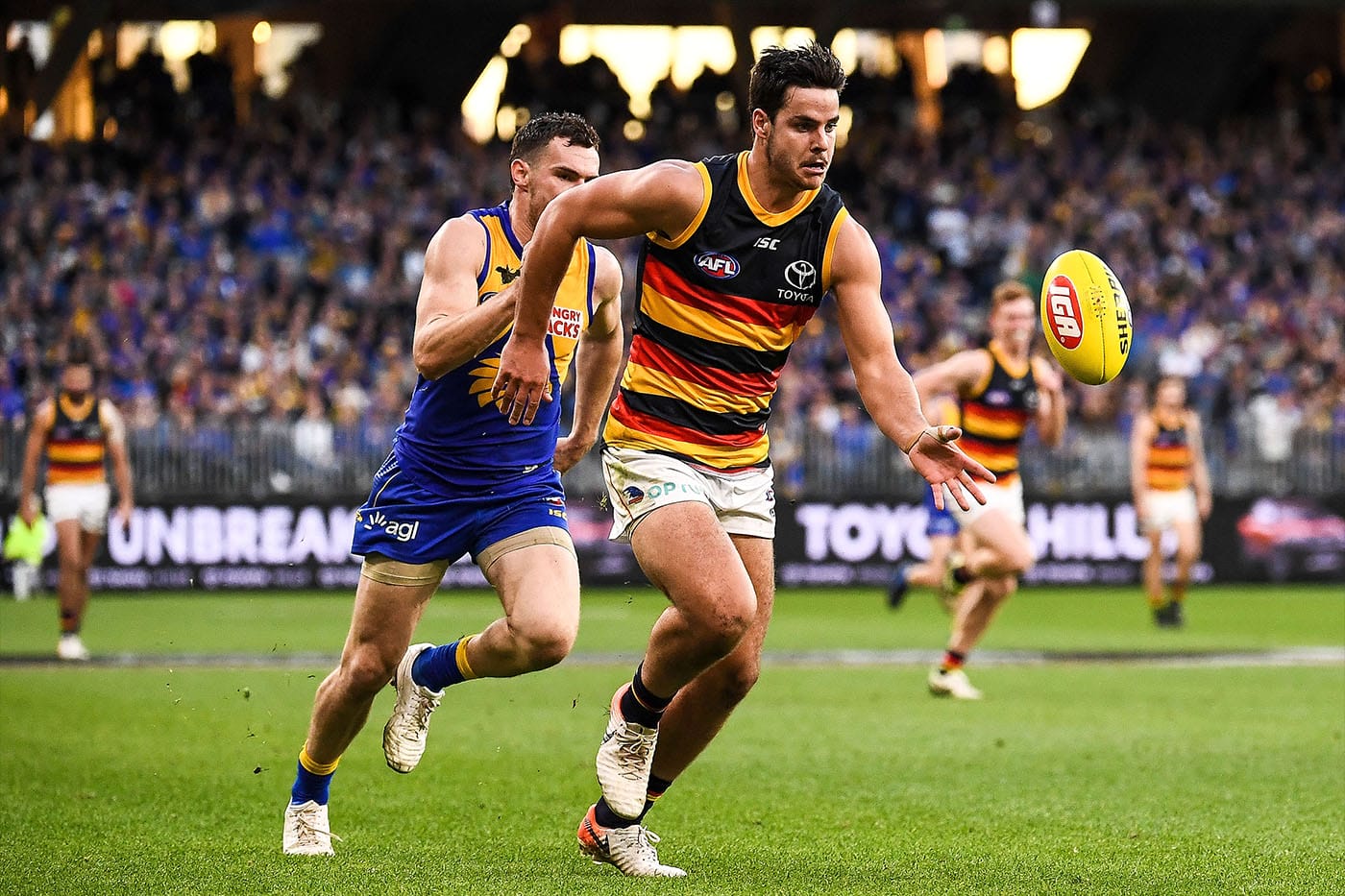 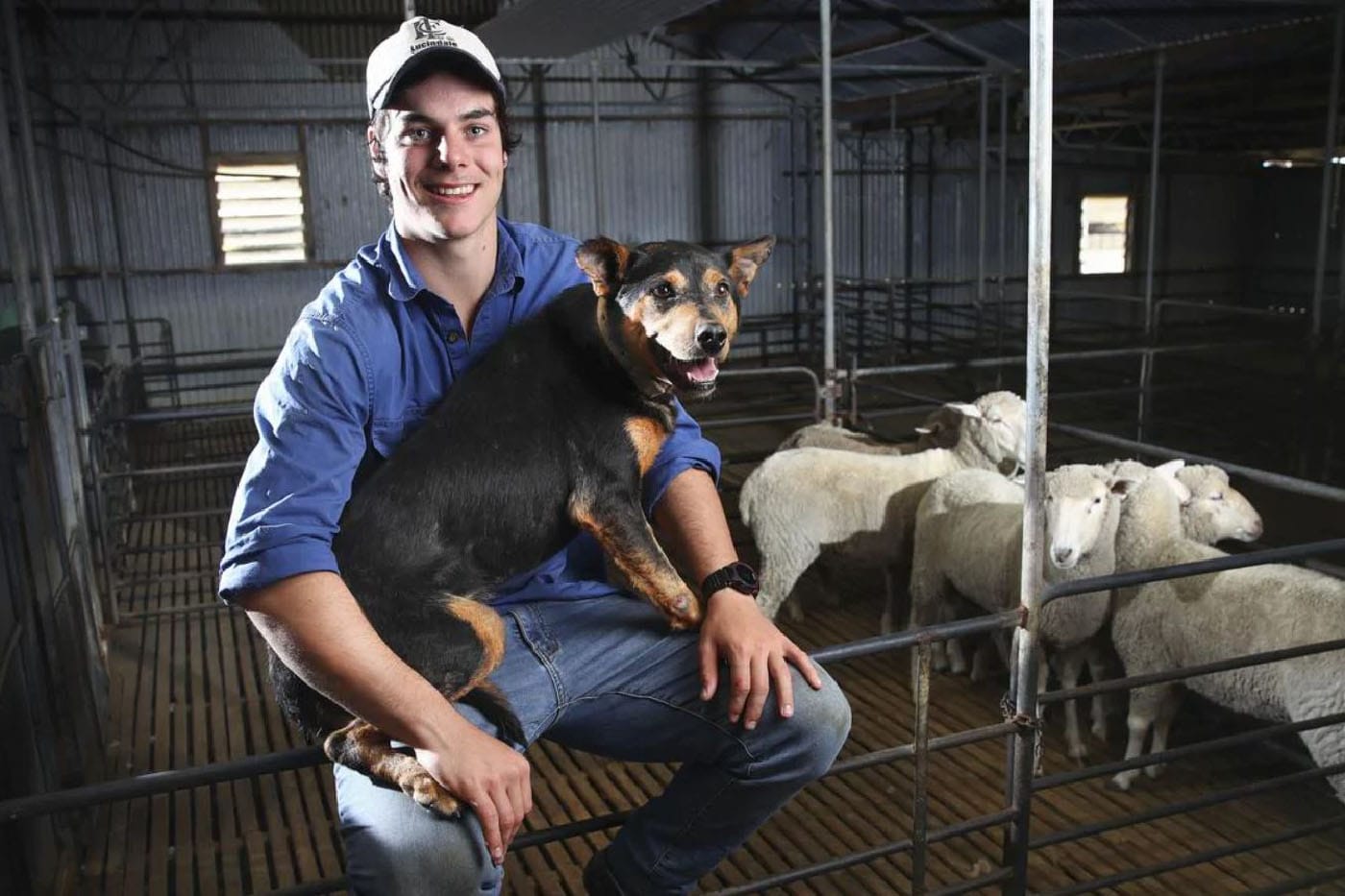 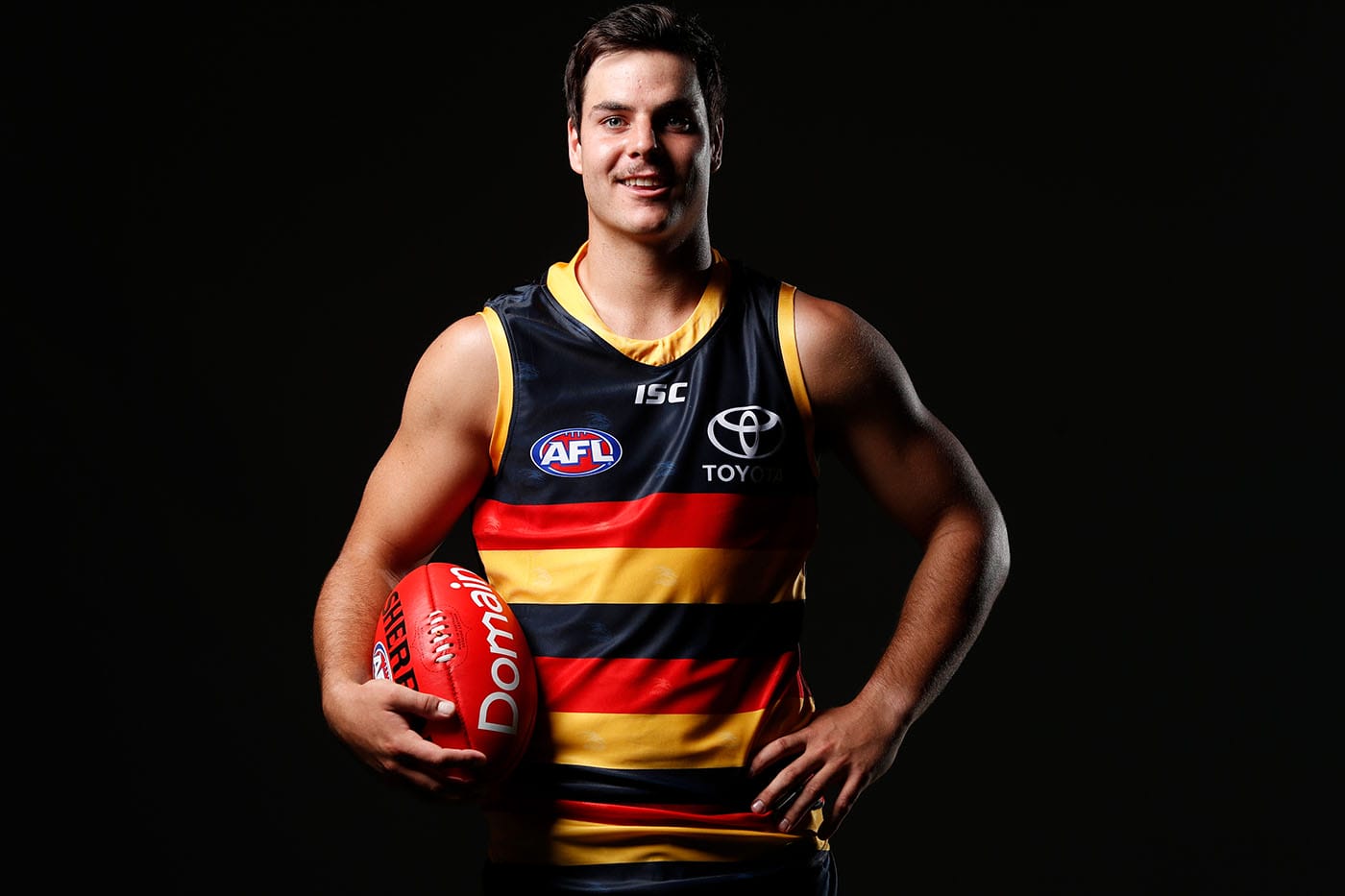 Darcy Fogarty grew up on a property outside of Lucindale in the South-East of South Australia, about a 4 hour drive from Adelaide. The youngest of six siblings, Fogarty has 5 older sisters.

Excelling as a junior, Fogarty made the move to boarding school in Adelaide at the age of 15, becoming a student at Rostrevor College.

The move to Adelaide allowed Fogarty to be close to his SANFL club, Glenelg, and further immerse himself in the state junior football pathways.

As an Under 18, Fogarty was part of the NAB AFL Academy for 2016/17, where he was awarded the Ben Mitchell Medal as the player who best represented the program’s values.

After playing with Glenelg in the SANFL competitions, Fogarty was drafted to the Crows at the end of 2017.

A tall, imposing forward, Fogarty made his debut in 2018 and has fast become known as one of the best kicks in the AFL. With the ability to kick 50m off both feet, Fogarty uses his frame to take contested marks, or crash packs and keep the ball in his sides possession. 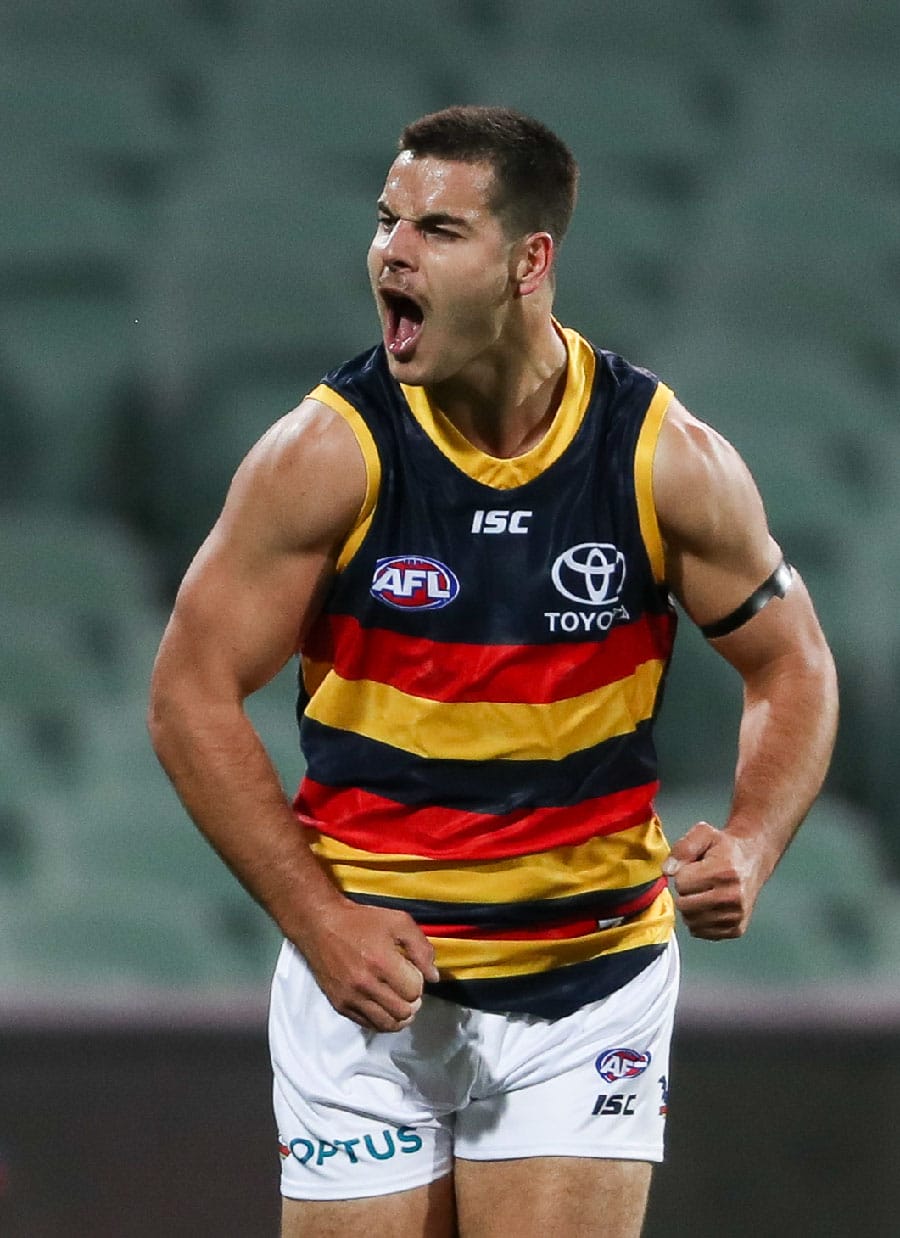 Away from football, Fogarty enjoys returning home and working on the family farm.

A keen sportsman growing up, Fogarty enjoys playing and watching cricket, and has a Golden Retriever named Boof. 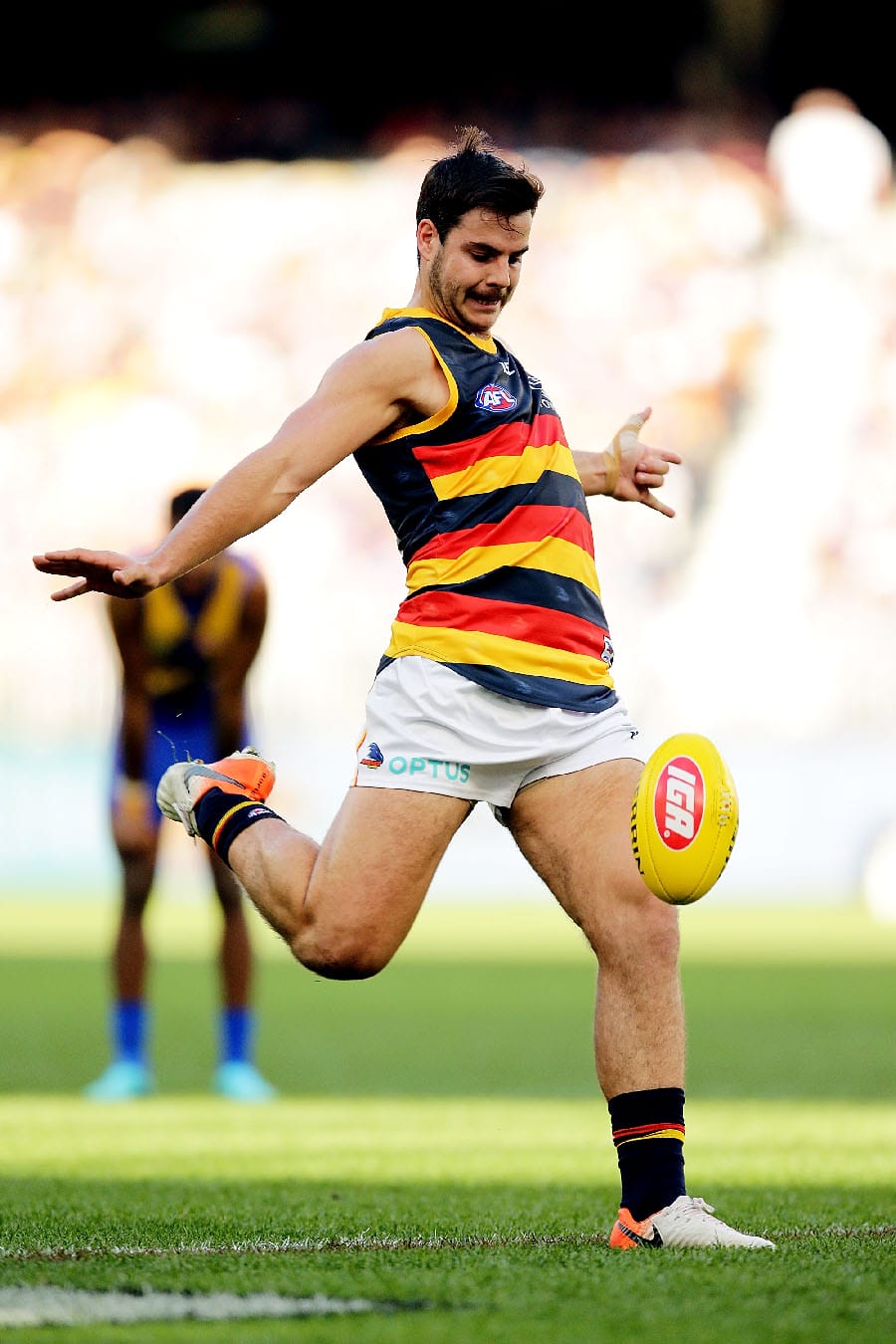 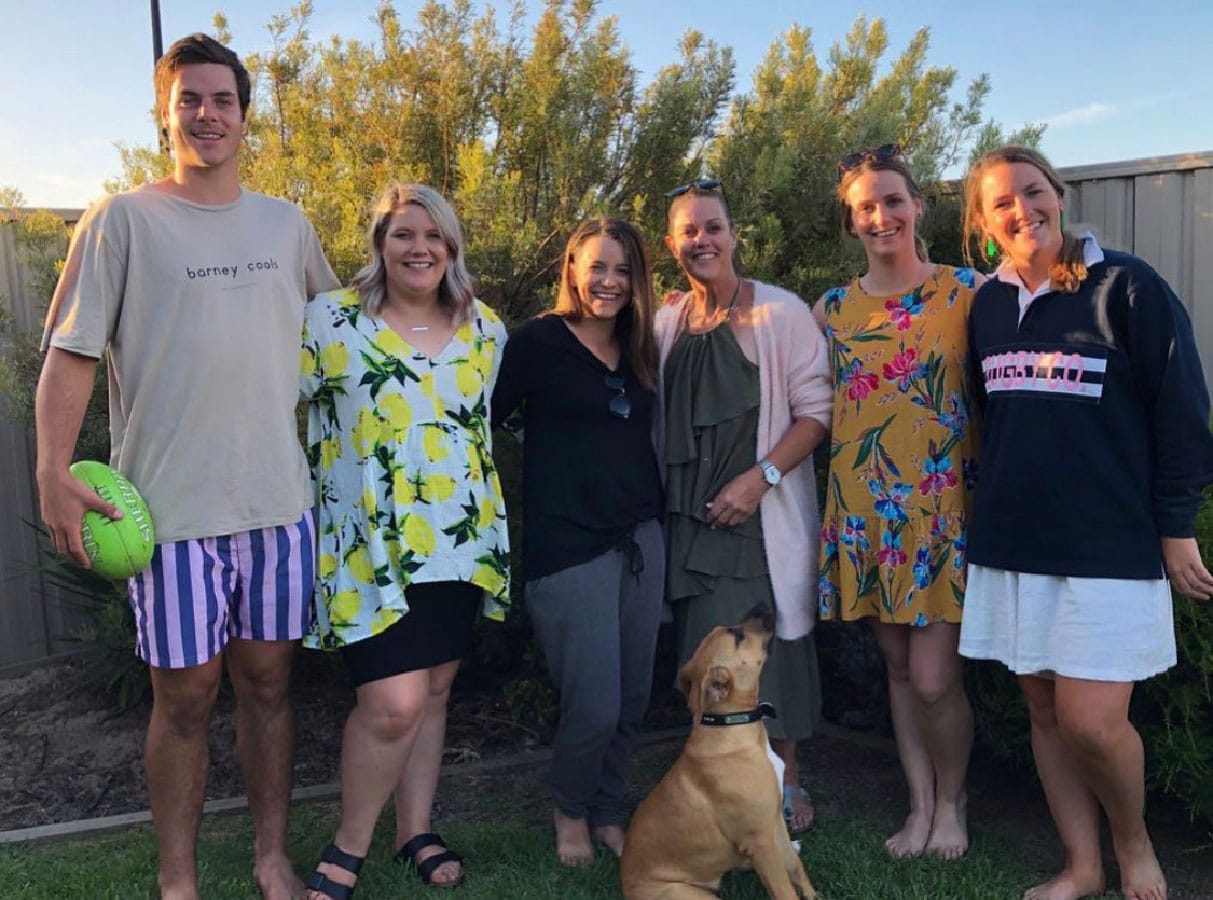 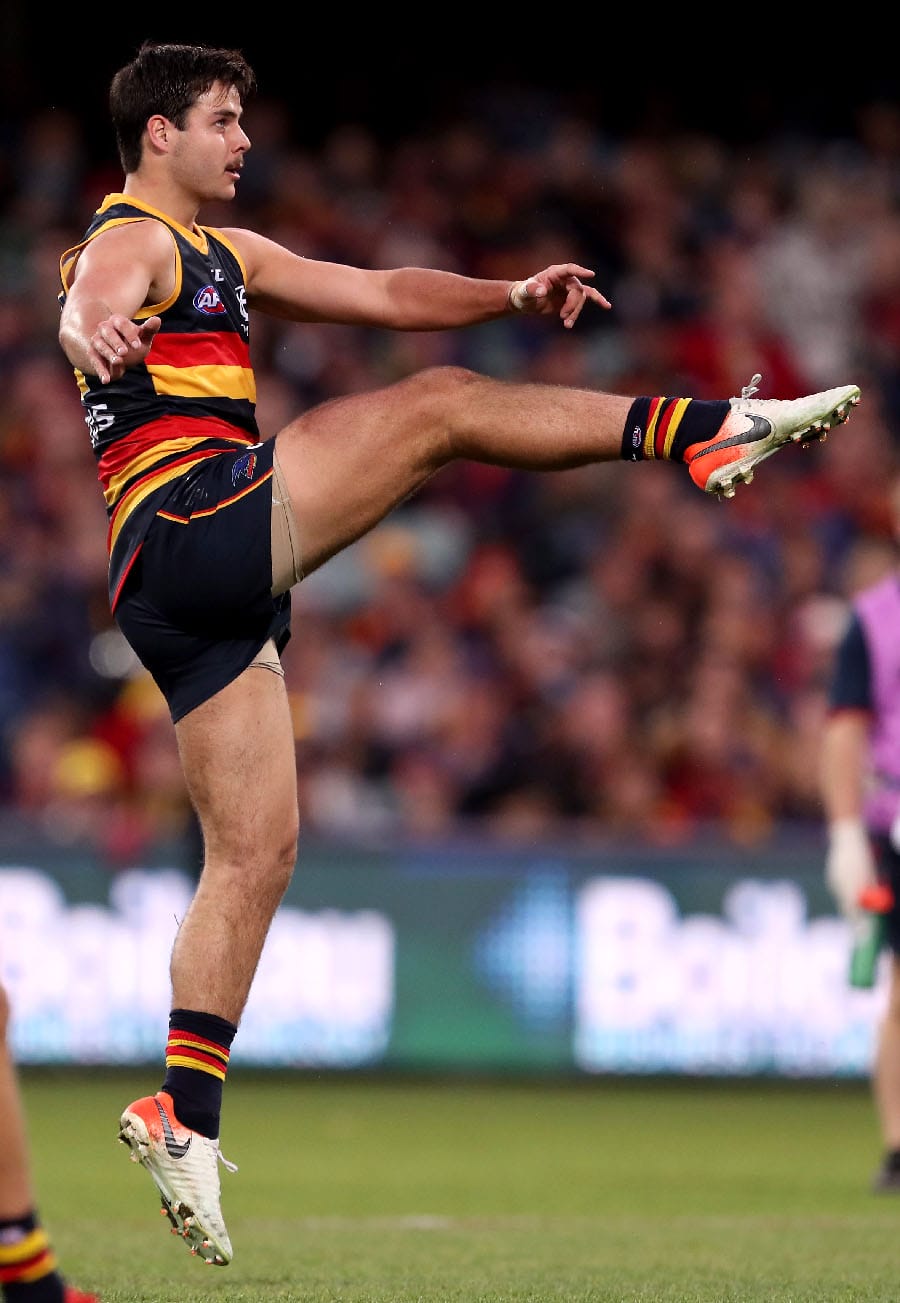 To request more information about Darcy Fogarty, please contact us

Contact TLA
Share Darcy's Profile
By continuing to use this site, you agree to receive cookies/similar technologies to measure visits, view videos and use social sharing buttons. Find out more and change your cookies settings.
ACCEPT