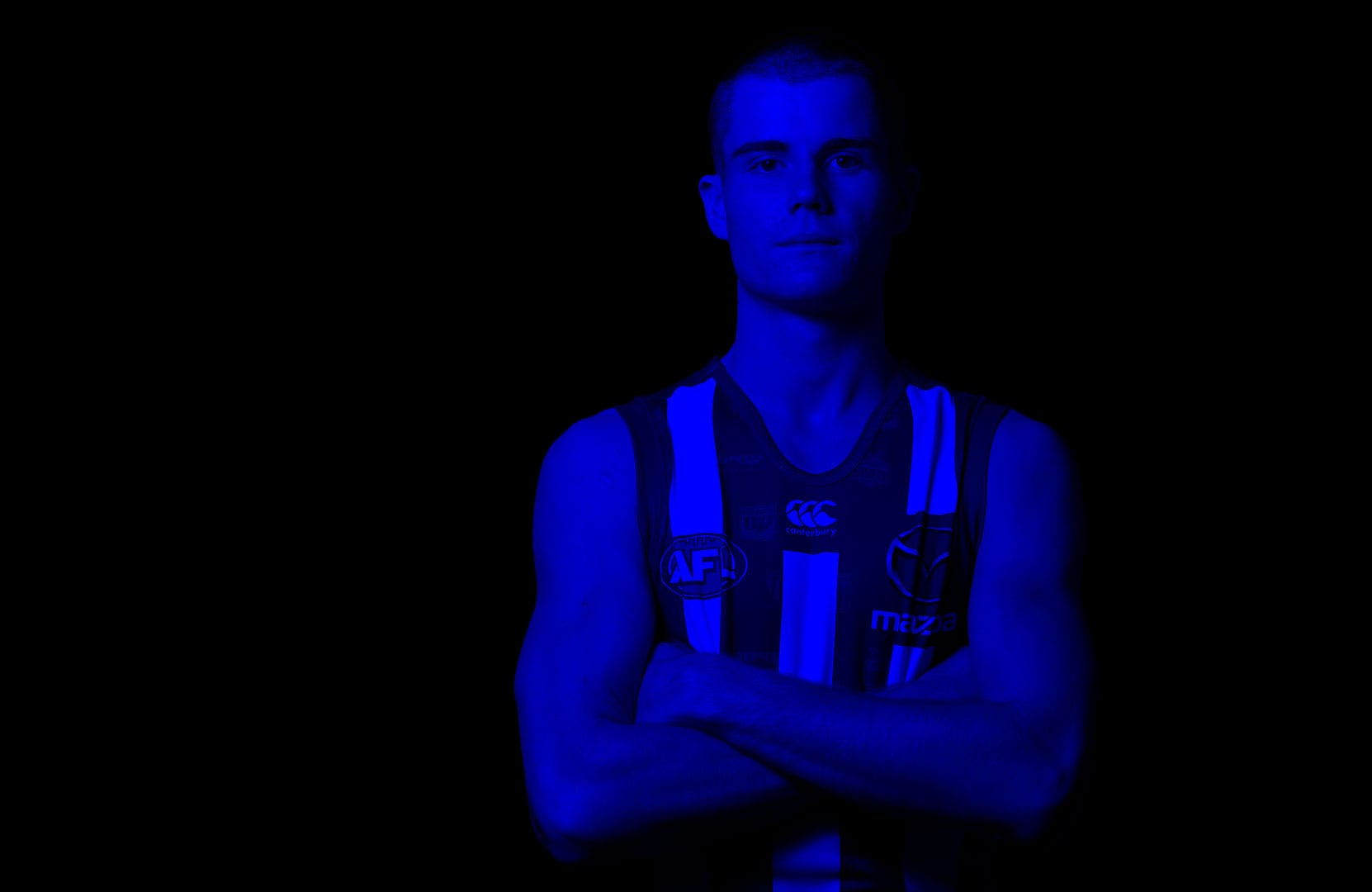 Bailey is a hard running midfielder with an elite football brain and is the son of former Geelong and North Melbourne Premiership player Robert Scott. 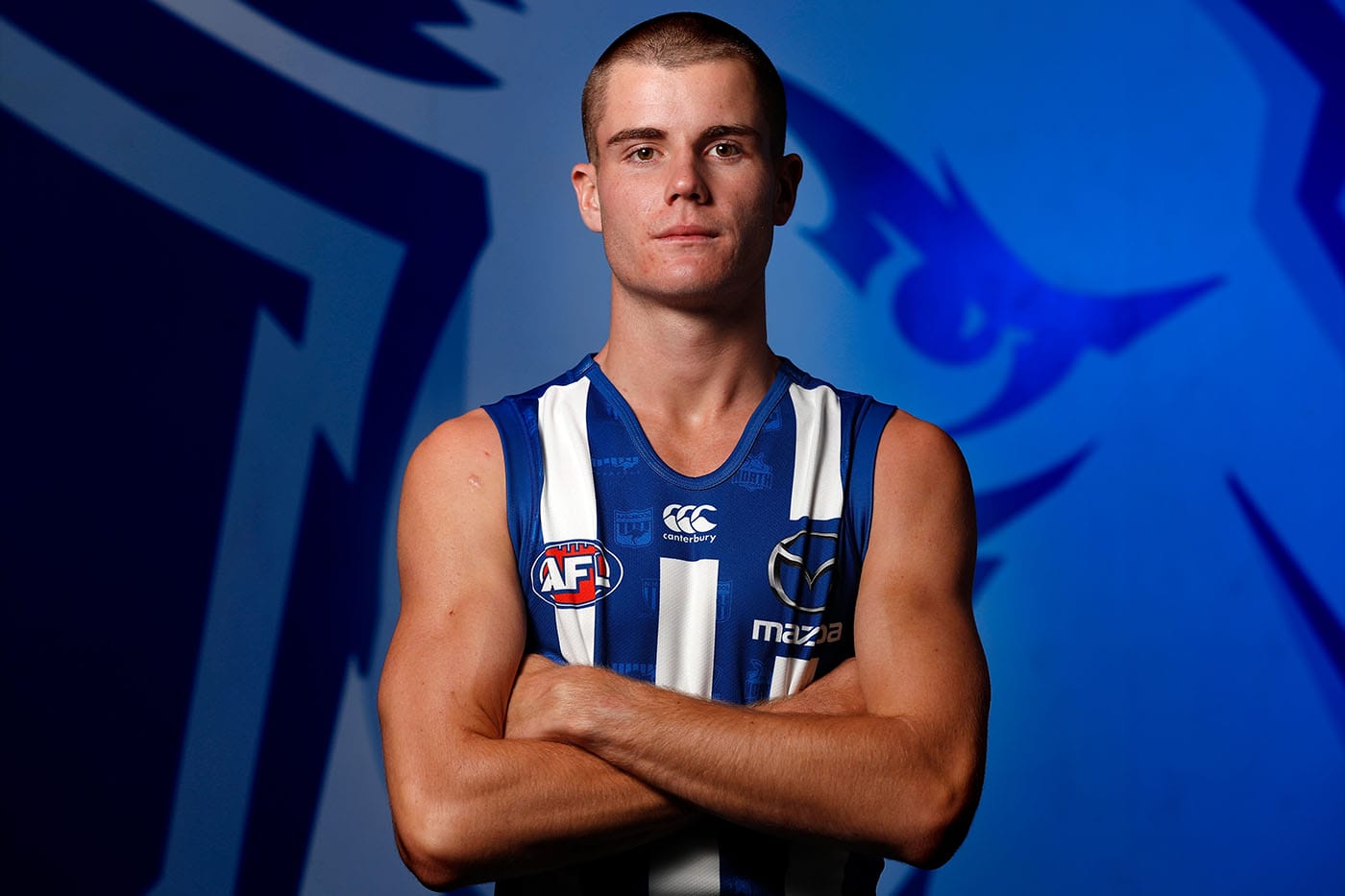 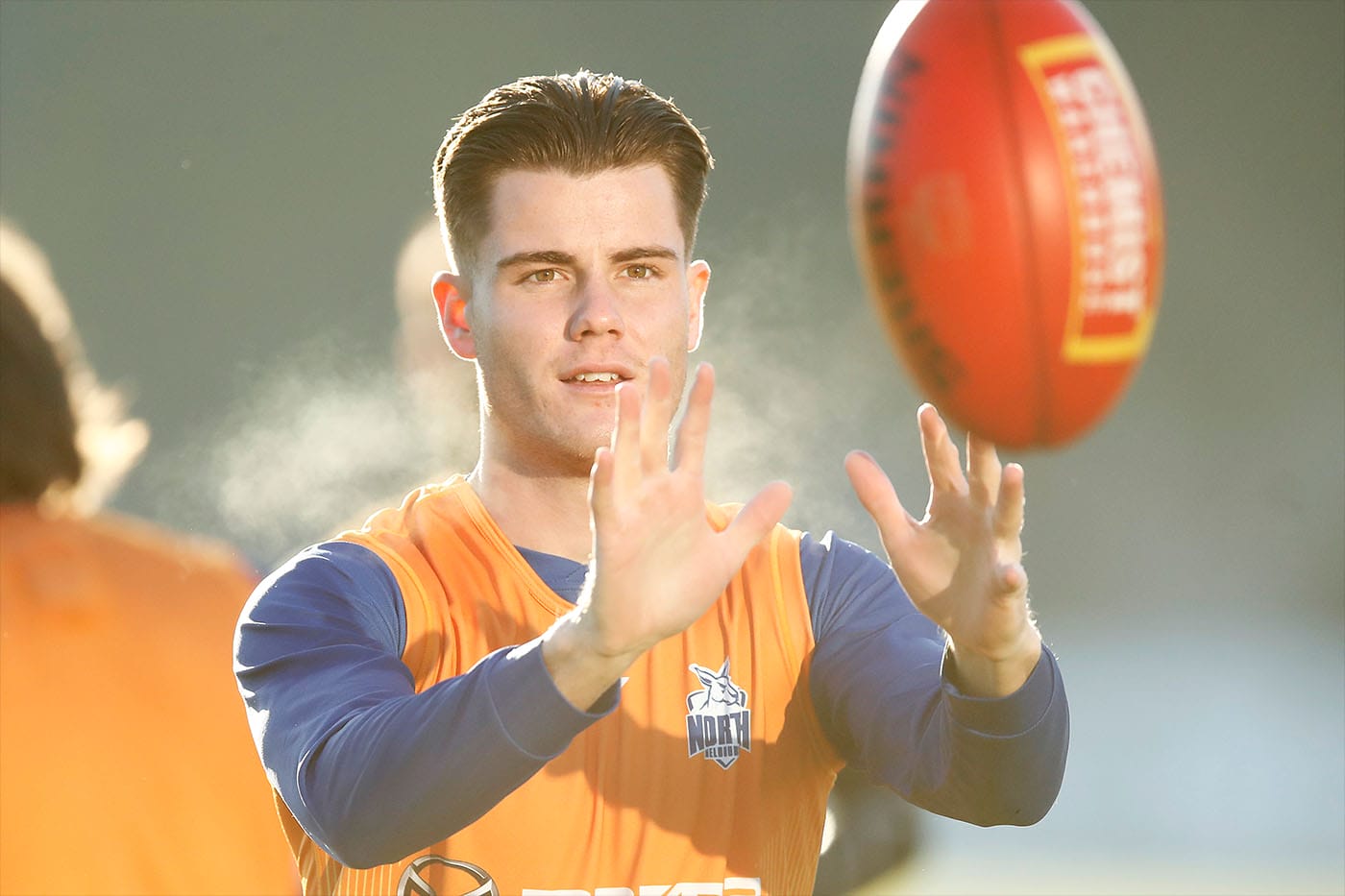 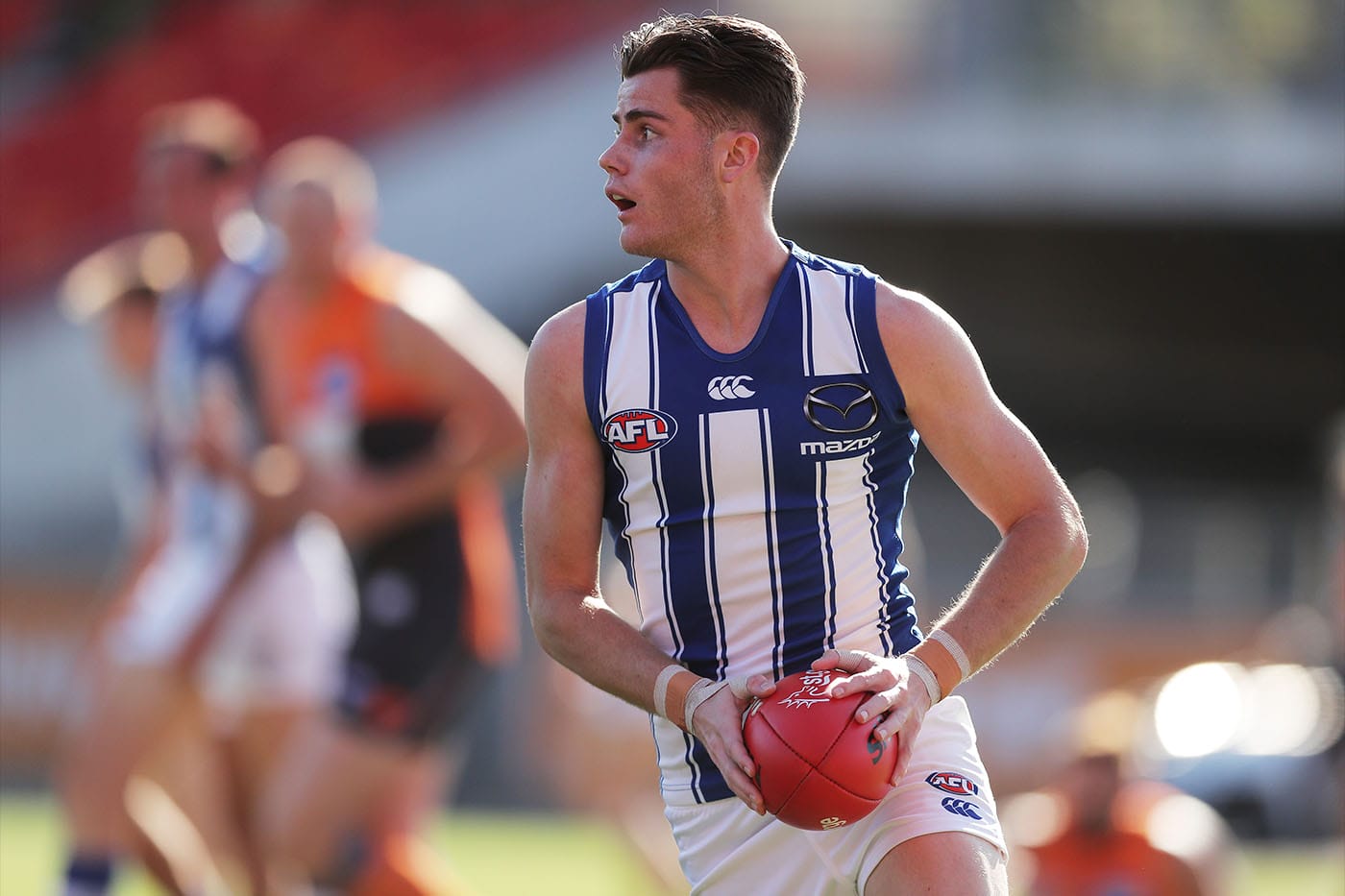 Bailey Scott was born in Melbourne, his father, Robert, was a professional footballer who played for Geelong and North Melbourne between 1986-2000. At the age of nine, Bailey moved to Gold Coast, Queensland with his family and began playing junior football for the Broadbeach Cats. A talented junior footballer, Scott joined the Gold Coast Suns’ Academy at the age of 12 while attending St Andrews Lutheran College.

Bailey Scott joined North Melbourne as a father-son selection with pick 49 in the 2018 NAB AFL Draft. Scott found himself in a unique position – able to nominate one of three clubs, North Melbourne, Geelong as a father-son, or Gold Coast as an academy player. Scott chose the Kangaroos after his father, Robert, played 113 games for North Melbourne. Scott has elite endurance and the ability to find the ball consistently which was on show in his debut in round 1 2019 against Fremantle where he collected 21 disposals and 2 goals. 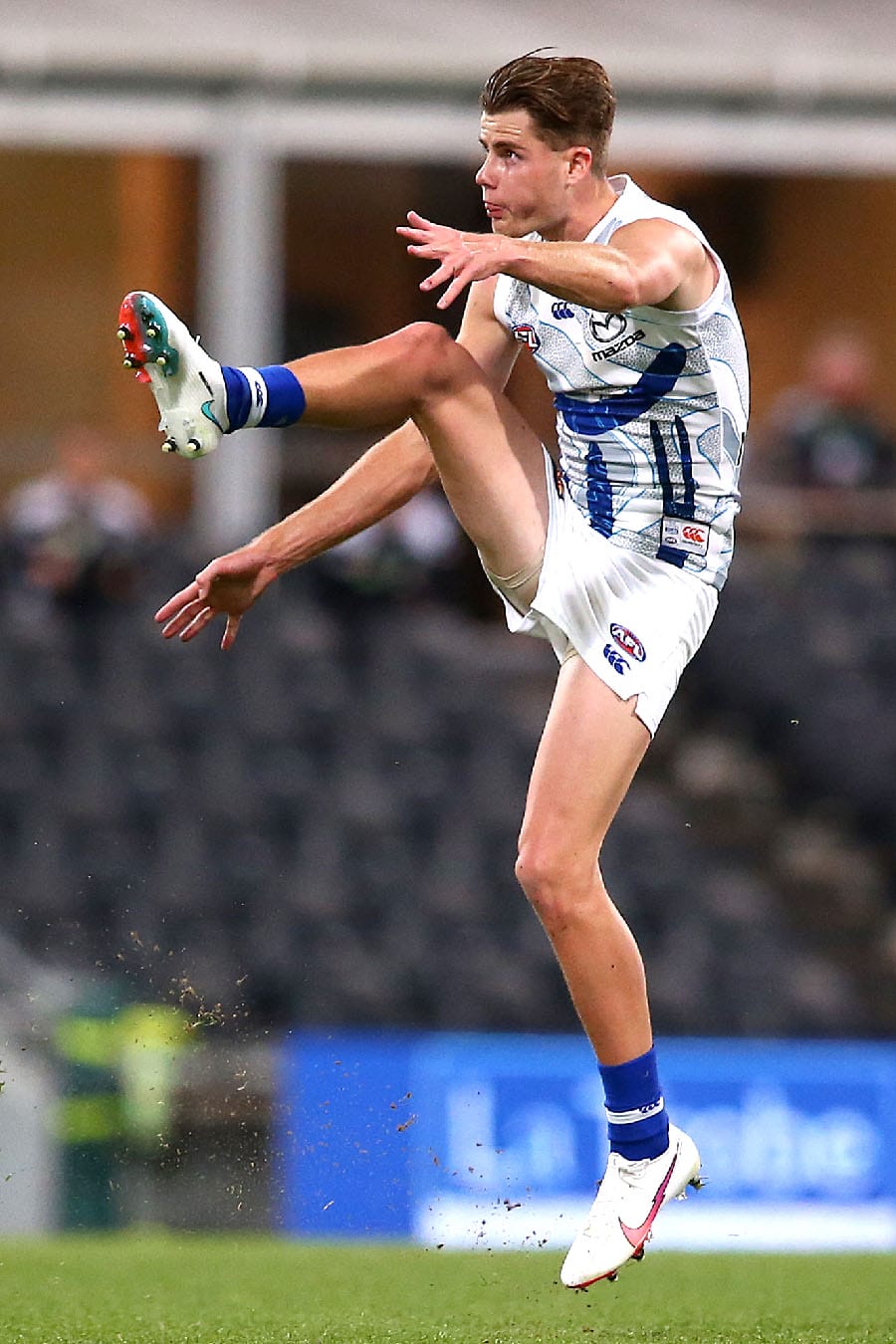 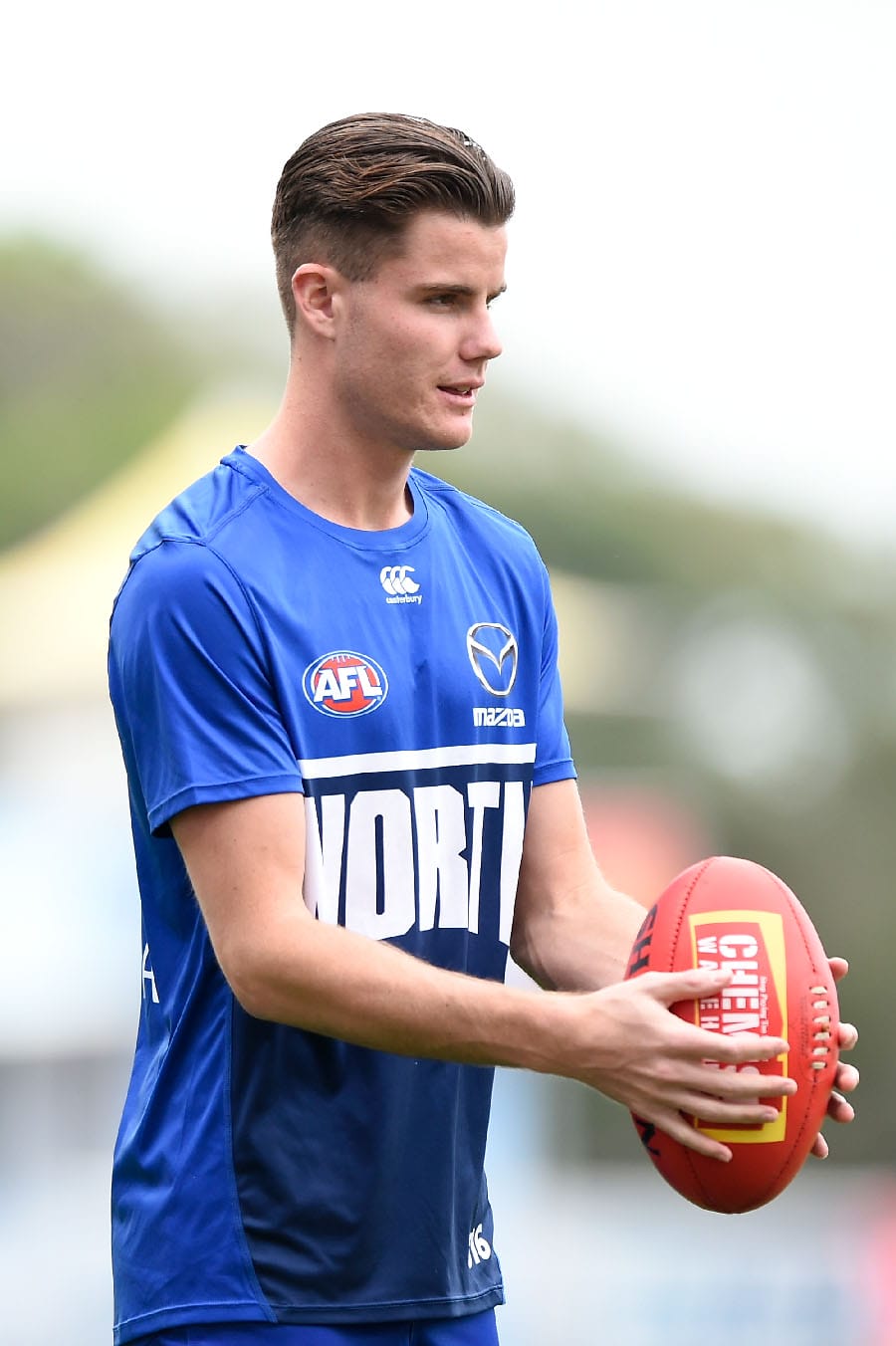 To request more information about Bailey Scott, please contact us